Chelsea take on PSG in the first leg of their Champions League quarter final clash tonight. Here is a preview with team news, likely line-ups and prediction.

Chelsea are in France to take on Paris Saint-Germain in the first leg of their Champions League quarter final clash at the Parc des Princes tonight.

The Blues cruised through the group stages and eased past Galatasaray in the last stage to book their place in the last eight, and Jose Mourinho will be looking to go one step closer to making history by winning the competition with three different clubs.

The West Londoners have slipped off the top of the Premier League though after a disappointing 1-0 loss away to Crystal Palace on Saturday, so they will need a much-improved performance this evening if they are to keep themselves in the tie heading into the second leg at Stamford Bridge.

PSG are the reigning Ligue 1 champions and are on course to make it back-to-back titles this season as they currently hold a commanding 13-point lead at the top of the table.

Laurent Blanc’s men have suffered just two defeats this season in all competitions, are on a nine-game winning streak and have been formidable on home soil, so Chelsea know they are in for a tough nights work.

Chelsea will be without striker Samuel Eto’o as he continues to nurse a hamstring injury that he picked up during the opening stages against Arsenal 11 days ago, so Fernando Torres will lead the line tonight.

Nemanja Matic and Mohamed Salah are both ineligible to play having already featured in the competition with their previous clubs, but Ramires will come back in to the side despite currently serving a domestic three-game ban.

Ashley Cole has been left back in London as he is still ruled out with a knee injury, and Jose Mourinho has already confirmed his back five will remain unchanged from the weekend.

PSG skipper Thiago Silva is set to play with a protective mask on his face after breaking his cheekbone last weekend. He will start alongside compatriot and former-Chelsea defender Alex after the Brazilian was rested at the weekend.

Yohan Cabaye is expected to start in midfield while Blaise Matuidi should come back in having also been rested during the 1-0 win over Nice on Friday night. 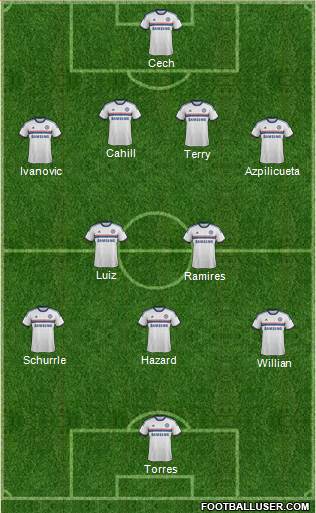 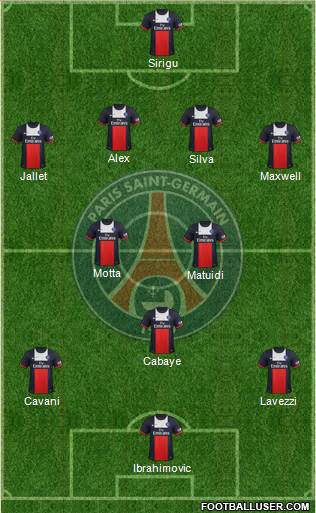 Zlatan Ibrahimovic: The enigmatic Swede is one of the best strikers on the planet and is capable of producing a moments magic at any second, so the Blues defence will have to keep him quite if they want to take anything away from the game.

PSG 1-1 Chelsea: The French outfit have a formidable record at the Parc des Prince so it’s going to be tough for Chelsea, but we can see them scoring a vital away goal which could prove pivotal in the second leg at the Bridge.

What team would you like to see start and whats your score prediction? Share your views below…