Arsenal take on holders Wigan Athletic at Wembley on Saturday in the semi final of the FA Cup. Here’s a preview with team news, likely line-ups and prediction.

Arsenal take on holders Wigan Athletic at Wembley on Saturday in the semi final of the FA Cup with a place in the final at stake.

The Gunners are under huge pressure to end their trophy drought and there’s no denying this years FA Cup is a golden opportunity to pick up our first piece of silverware in nine long years.

Not only has our title challenge faded away but last weeks 3-0 loss to Everton means we’re now in a scrap for fourth once again so an FA Cup final would ease the pressure on Arsene Wenger’s head.

The Frenchman’s position will come under increasing strain if we fail to beat Wigan tomorrow and the writing will be on the wall. His contract extension remains unsigned and the supporters might just force him out the door if he fails to deliver the FA Cup this season, so Saturday’s game is arguably one of the biggest of his managerial career.

However, Wigan aren’t going to be an easy task as they proved by knocking out Manchester City at the Etihad Stadium in the quarter finals, and lets not forget they are the current holders after beating City in last years final so will be desperate to keep hold of the trophy for another year.

Alex Oxlade-Chamberlain, Kieran Gibbs and Tomas Rosicky all face late fitness tests but the trio all trained on Friday so finger’s crossed they make it.

Aaron Ramsey is set to come in for the suspended Mathieu Flamini in midfield while Lukasz Fabianski will once again start in goal in place of Wojciech Szczesny.

Yaya Sanogo has been chosen to lead the line in the last two rounds but Olivier Giroud could be given the nod tomorrow given the importance of the game, while Santi Cazorla and Lukas Podolski should keep their places in attack.

Laurent Koscielny is due back from a calf strain on Tuesday and Mesut Ozil could follow him next week but this game will come too soon for them, so they join Jack Wilshere, Theo Walcott, Serge Gnabry, Abou Diaby and Ryo Miyaichi on the sidelines.

Wigan boss Uwe Rosler will have to decide between Scott Carson or Ali Al Habsi in goal while a number of first team regulars are set to be recalled after being rested for Tuesday’s 1-0 defeat to Millwall.

Ben Watson remains out with a broken leg and he joins Chris McCann and Roger Espinoza on the sidelines through injury, while Rob Kiernan and Martyn Waghorn are both cup-tied. 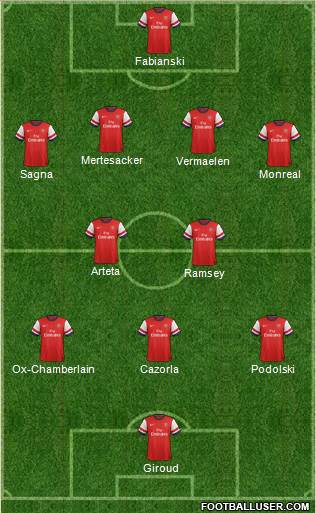 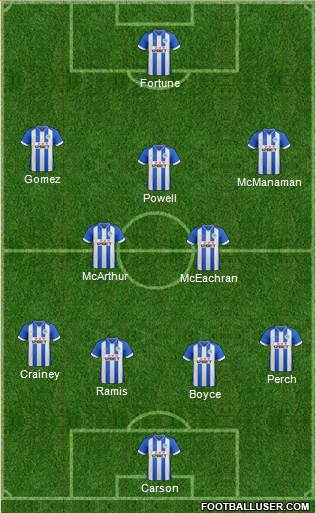 Aaron Ramsey: Not to put too much pressure on the Welshman but I’m hoping his return will give the side the boost it clearly needs. His energy, work rate and goal threat has been badly missed in midfield, so all eyes will be on Rambo to lead the team to victory tomorrow.

Arsenal 2-0 Wigan: The Championship side will put up a good fight but despite our injury woes, I think we’ll have too much quality in the end, as long as the players don’t bottle it!