Chelsea entertain Sunderland at Stamford Bridge on Saturday evening. Here is a preview with team news, likely line-ups, key man and predicted score for the game

The Blues head into the game sitting two points adrift of leaders Liverpool and with the Merseysiders not playing until Sunday, Chelsea can really put the pressure on and go back to the summit with a win.

Jose Mourinho’s men stayed in touch with a 1-0 win over 10-man Swansea City last Sunday with Demba Ba scoring his second goal in as many games. The West Londoners will be looking for another morale-boosting victory ahead of Tuesday’s crucial clash with Atletico Madrid in the semi final’s of the Champions League.

However, Mourinho will ensure the players focus is on the task at hand and they were given a stern warning of what will be in store after Sunderland shocked Manchester City with a 2-2 draw at the Etihad on Wednesday night.

City needed a last minute equaliser to deny the Black Cats a famous victory and although the result was still commendable, Gus Poyet knows is was two vital points dropped as his side remain rooted to the foot of the table and six points from safety.

Chelsea will have to make-do without the services of winger Eden Hazard after he was ruled out with a calf injury he picked up against PSG last week. The Blues are expected to give the Belgian every chance of making Tuesday’s European clash but this game will come too soon.

With Nemanja Matic ineligible to play in Europe he’s certain to start so Mourinho is likely to rest David Luiz and play Frank Lampard or John Obi Mikel in midfield.

Oscar and Willian could also be rested which would see Mohamed Salah retain his place in attack while Demba Ba would feel unlucky if he didn’t keep his place up front after scoring in his last two games.

Sunderland will continue to be without Ki Sung-Yueng, Steven Fletcher and Keiren Westwood as the trio nurse injuries, while Phil Bardsley serves the second game of his ban so Santiago Vergini will once again fill-in at right back.

Conner Wickham is expected to retain his place up front after a brace in midweek and Poyet is likely to stick with the majority of the side that performed so well in Manchester. 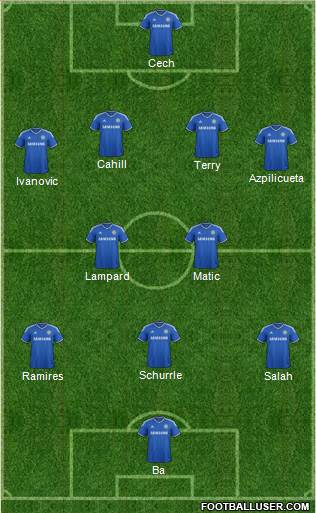 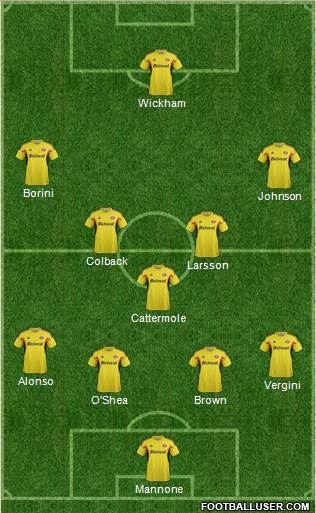 Demba Ba: If he retains his place in attack, the focus will be on Ba to once again continue his goal-scoring form in this match, particularly with Eden Hazard out.

Chelsea 2-0 Sunderland: While Sunderland performed heroically at the Etihad, I don’t think Mourinho will let his make the same mistake and the Blues should ease to a relatively comfortable 2-0 win.

What team would you like to see start the game and what’s your predicted score? Share your views below….