Tottenham welcome London rivals Fulham to White Hart Lane on Saturday lunchtime looking to cement their place in the top six of the Premier League.

Spurs hopes of closing down fourth-placed Arsenal all-but ended with a 3-3 draw away at West Brom last weekend so their focus for the remaining four games should be to stay above Manchester United and hold on to that last Europa League qualification place, with the former champions just three points adrift with a game in hand.

Tim Sherwood was pleased with the fighting spirit his side showed to come from three-down last week but he’ll be hoping they don’t give the opposition such a commanding lead this time around.

Fulham make the trip across the capital looking to make it three wins on the spin to further enhance their chances of avoiding relegation from the Premier League.

Felix Magath’s side have already secured back-to-back victories over Aston Villa and Norwich in recent weeks to see them move up to 18th – just two points off Norwich – and with the Canaries playing leaders Liverpool on Sunday, the Cottagers could climb out of the bottom three with a win.

Spurs welcome back midfielder Mousa Dembele after he recovered from an injury that’s kept him out of the last two matches. The Belgian international could come straight back into the side to start in midfield against his former club.

Michael Dawson and Roberto Soldado are back in training after hamstring injuries but this game could come too soon for the duo, so they are likely to miss the match along with long-term injury victims Jan Vertonghen, Erik Lamela, Kyle Walker and Etienne Capoue.

Fulham will have to make-do without the services of key playmaker Lewis Holtby as he’s ineligible to play against his parent club as per the terms of his loan agreement.

This could see Ashkan Dejagah come back in to the starting line-up in what’s likely to be Magath’s only change from the side that beat Norwich 1-0 last weekend. 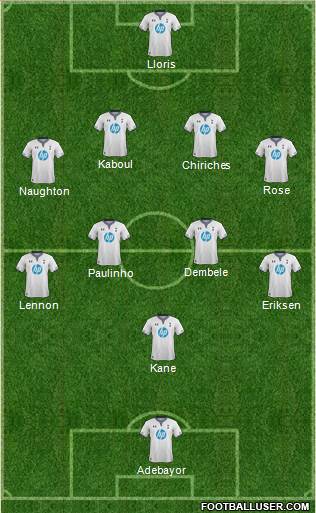 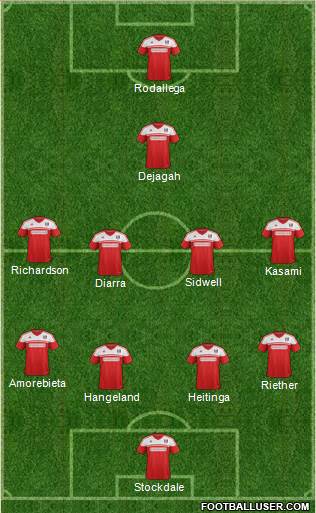 Emmanuel Adebayor: The Togolese hitman is unplayable when he’s on form and he’ll be the key to breaking down a Fulham defence that will be desperate to hold out for as long as possible.

Tottenham 2-0 Fulham: Spurs have scored eight goals in their last two games so as long as they blunt the threat from the visitors at the other end, they should be confident of easing to a relatively comfortable victory.

What team would you like to see start the game and what’s your predicted score? Share your views below….