Arsenal take on Newcastle United at the Emirates Stadium this evening. Here’s a preview with team news, likely line-ups and predicted score for the game.

Arsenal will be looking to cement their position in the top four when they take on Newcastle United at the Emirates this evening. Here is a preview from Gooner Mac.

Arsene Wenger’s Gunners side head into tonight’s game sitting one point clear of fifth-placed Everton but with the Toffees losing away at Southampton on Saturday, we have the opportunity to move four clear with just two games remaining.

Aaron Ramsey and Mesut Ozil returned to the starting eleven last week to inspire a 3-0 win over Hull City which made it back-to-back victories following on from our win over West Ham the previous week.

Last season we put seven past the Geordies at home and Alan Pardew’s men arrive in north London in horrific form having lost their last five games, and nine out of their last 12, so we should be confident of picking up another three points tonight.

However, Newcastle still sit comfortably in mid-table on 46 points and Pardew will be hoping his return to the dugout following his seven-game touching ban will inspire a turn-around of fortune.

Kieran Gibbs has been ruled out after failing to recover from a hamstring injury that’s kept him out in recent weeks, but skipper Thomas Vermaelen is back in contention.

Mesut Ozil got a positive 60 minutes under his belt last week after returning from a six week absence so he’s expected to start again in attack, but Theo Walcott, Jack Wilshere and Serge Gnabry remain out.

Abou Diaby made his long-awaited return from injury for the under-21’s last week but picked up a minor groin injury so isn’t in contention for the first team just yet.

Newcastle welcome back midfielder Moussa Sissoko following a hamstring complaint but attackers Papiss Cisse and Luuk de Jong have both been ruled out through injury.

Haten Ben Afra revealed on Instagram yesterday that he’s been left out of the squad despite recovering from a dead leg, but Loic Remy is expected to start after coming off the bench against Swansea last weekend. 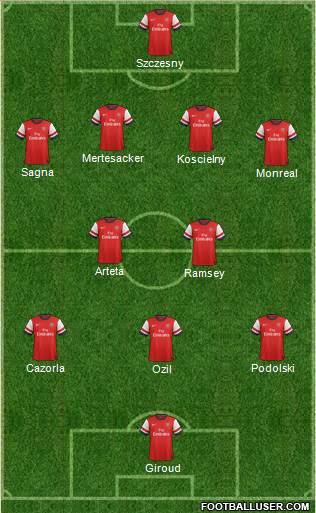 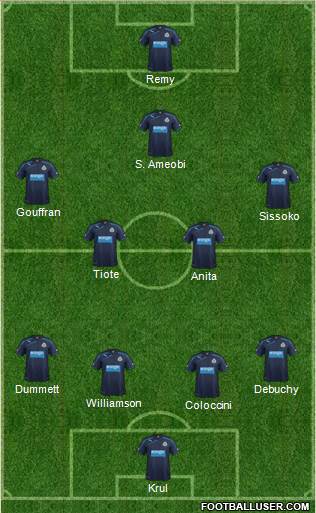 Aaron Ramsey: The Welshman showed us all what we’ve missed over the last three months with a goal and two assists against Hull last time out and his energy and threat from midfield is going to be key tonight. Hopefully Rambo can continue his excellent form to fire us to another three points.

Arsenal 2-0 Newcastle: We have an excellent recent record at home to Newcastle and with the Northerners in poor form, I don’t expect Arsenal to pass up this opportunity to get within touching distance of securing Champions League football.