Man Utd will be looking to end a disappointing season on a high note when they welcome Sunderland to Old Trafford on Saturday afternoon. Here’s a preview.

Manchester United will be looking to end a disappointing season on a high note when they welcome Sunderland to Old Trafford on Saturday afternoon.

Ryan Giggs will be hoping to build on his solid start as interim boss after last weeks 4-0 win over Norwich City and will want to give the home support something to cheer about after a disastrous campaign for the deposed champions.

United still have something to play for as they still hold out hope of overtaking Tottenham to sixth place in the Premier League, which would be enough to secure guaranteed Europa League football next season.

However, they will face a resurgent Sunderland side that have climbed out of the relegation zone after an impressive run that’s seen them draw at Manchester City before back-to-back victories over Chelsea and Cardiff.

Gus Poyet’s men now sit 17th on goal difference from Norwich with a game in hand, so a positive result tomorrow will put them in great shape to pull off a great escape and avoid the drop.

United are sweating on the fitness of Wayne Rooney with the striker a major doubt having been forced out of training on Thursday with a stomach bug and a tight groin. Giggs is unlikely to take any risks with the player so he’s likely to be left out.

Robin van Persie is back in contention after returning to training following a knee injury, but again the striker is unlikely to start after six weeks out, so Danny Welbeck could lead the line up front.

Juan Mata is almost certain to return to the starting line-up after coming off the bench to score a brace last week, while Ashley Young may also be given a run-out as Giggs has promised to give plenty of players a chance during the final three games.

However, Goalkeeper Anders Lindegaard is out through illness while Rafael continues to struggle with a thigh injury, so Chris Smalling could start at right-back.

Sunderland have no fresh injury concerns to deal with so Poyet could name an unchanged line-up after last weeks impressive 4-0 win over Cardiff. 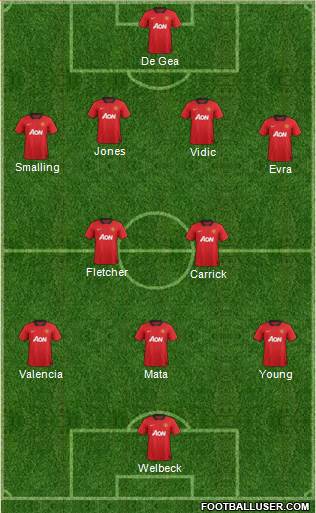 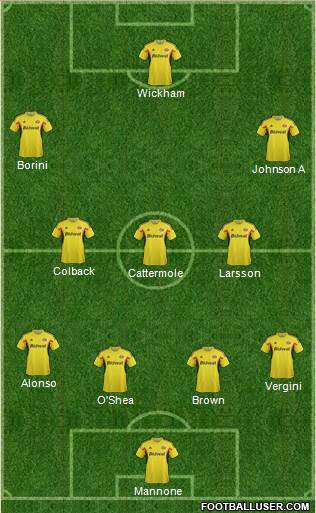 Juan Mata: With Rooney and van Persie likely to be missing, Giggs will be looking to Mata to provide the creative threat in the final third. The Spaniard came off the bench to grab a double last time out and will be looking for more of the same this time around.

Manchester United 2-0 Sunderland: United were back in their groove last week and despite Sunderland’s improved form of late, we can see the hosts easing to victory tomorrow.