Tottenham Hotspur will be looking to cement their position in sixth place when they take on West Ham at Upton Park on Saturday afternoon. Here’s a preview.

Tottenham Hotspur will be looking to cement their position in sixth place when they take on West Ham at Upton Park on Saturday afternoon.

Spurs head into the game sitting six points clear of seventh-placed Manchester United but with the Red Devils holding a game in hand and a better goal difference, the North Londoners can’t afford to relax just yet and need four points from their final two games to be guaranteed of playing Europa League football next season.

Tim Sherwood has had to read about other managers being linked with his position this week but the former midfielder has done a decent job since replacing Andre Villas-Boas and insists he’s only focusing on finishing the season on a high note.

Spurs continued their recent good form with a 1-0 win over Stoke City last weekend to make it four games unbeaten, but they will face a tricky test against West Ham tomorrow, with Sam Allardyce’s men looking to sign off the season with a positive result in their final home game.

The Hammers currently sit 14th in the table and five points clear of the relegation zone so they are all-but safe from the drop, but Allardyce will want to pick up at least another point just to make sure ahead of their trip to Manchester City on the final day of the season.

Tottenham will have to make do without winger Andros Townsend after he was ruled out with an ankle injured suffered against Stoke last weekend.

Kyle Walker is still out with a pelvic injury that’s hampered in recent weeks, while Mousa Dembele is also missing with an ongoing ankle problem.

Jan Vertonghen and Etienne Capoue came through a game for the under-21’s last weekend unscathed but this game will come too soon for the pair, so they will join Erik Lamela on the sidelines.

West Ham have an almost fully-fit squad to choose from with Marco Borriello the only absentee. The on-loan striker has a calf injury but Allardyce would have gone with Andy Carroll in attack even if the Italian was fit. 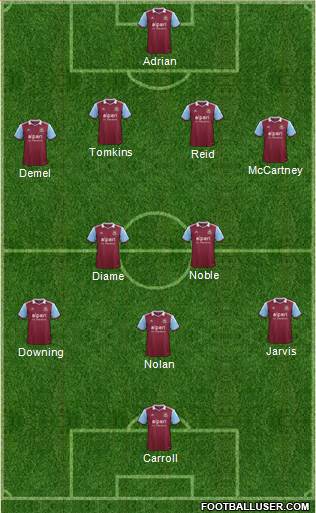 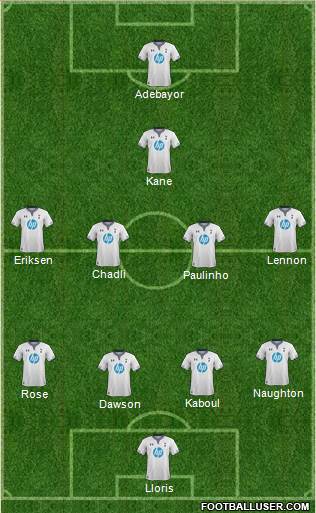 Christian Eriksen: The Dane has been in good form of late and he’ll be the main creative threat West Ham are going to have to look out for this weekend. He’s dangerous from set pieces and has an eye for goal, so the hosts are certainly going to want to keep a close eye on him.

West Ham 1-1 Tottenham: Both sides are creeping towards the finishing line and we can see them playing out a hard fought draw tomorrow.