Arsenal entertain West Bromwich Albion at the Emirates on Sunday afternoon safe in the knowledge that fourth place has already been secured. Here’s a preview

Arsenal entertain West Bromwich Albion at the Emirates on Sunday afternoon safe in the knowledge that fourth place has already been secured.

Everton’s 3-2 defeat to Manchester City this evening means we remain four points clear in fourth place with the Toffees only having one more game to play, so we’ve cemented a top four finish for the 17th consecutive season without kicking a ball.

Last Monday’s 3-0 win over Newcastle United gave us the cushion we needed and it came off the back of consecutive victories over Hull City and West Ham, so we’re heading into the final games of the season in decent form.

West Brom arrive in North London off the back of last weekend’s vital 1-0 win over West Ham that saw them move four points clear of the relegation zone and within touching distance of safety.

Defeats for Cardiff and Fulham today sealed their fate in dropping down to the championship, and with 18th-placed Norwich away at Chelsea tomorrow, the Baggies could be assured of staying up even with a defeat against Arsenal.

Unfortunately it looks like Bacary Sagna is set to miss out after picking up a knee injury in training so Carl Jenkinson is on stand-by to deputise at right-back.

Kieran Gibbs is close to returning from a hamstring injury after taking part in training but this game comes too soon so Nacho Monreal will start at left-back.

Jack Wilshere has stepped up his recovery from a foot injury this week and could be in contention to feature against Norwich next weekend, but for now he remains out with Abou Diaby, Theo Walcott and Serge Gnabry.

Arsene Wenger may opt to make some changes to his side in order to rest key players ahead of the FA Cup final. Aaron Ramsey, Mesut Ozil, Per Mertesacker and Olivier Giroud are among those who could a breather tomorrow.

West Brom have no new injury worries to contend with so Pep Mel may opt to stick with the side that beat West Ham last weekend.

Gareth McAuley could be back in the squad after returning to training from a calf injury but Liam Ridgewell and Zoltan Gera remain out. 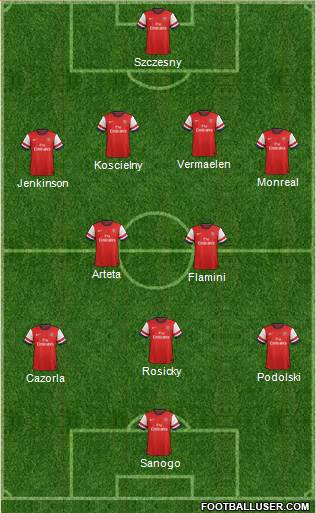 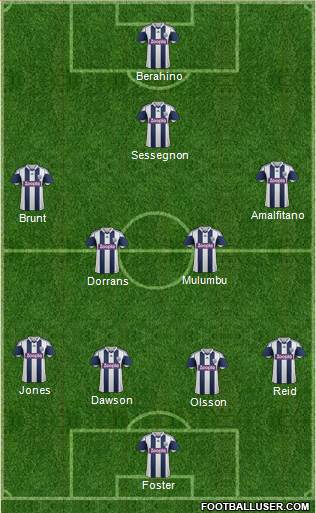 Santi Cazorla: If Arsene does rest Ozil and Ramsey then the team will look to Cazorla for the creative spark in the final third and it will be important he has a good game, otherwise we might look a little toothless.

Arsenal 2-0 West Brom: West Brom are all-but safe and I can’t see them putting up too much of a fight tomorrow, so I’m going with a home win.