Arsenal will look to finish off their Premier League season in style when they take on Norwich City at Carrow Road on Sunday afternoon.

We have already secured fourth place and have practically no chance of overtaking Chelsea for third, with the Blues three points clear and boasting a far superior goal difference, so Gunners fans can sit back and enjoy a relatively stress free final day of the season.

While our title hopes ended with some disastrous results against the big-boys back in March, we have returned to form in recent weeks and head into the game off the back of a four-game winning streak.

The latest win came with a 1-0 victory over West Brom at the Emirates last Sunday but the game was played in first gear as fourth place was assured the previous day when Man City beat Everton at Goodison Park.

We face a Norwich side that are all-but relegated after Sunderland’s victory in midweek leaving the Canaries sitting three points behind West Brom, but the Baggies have a +17 better goal difference, so there’s very little left to play for other than pride.

Arsene Wenger would be forgiven for having one eye on next weeks FA Cup final when he chooses his team for tomorrow’s game, and I fully expect the boss to rest some key men. Thomas Vermaelen, Carl Jenkinson, Kim Kallstrom and Tomas Rosicky are among those on stand-by if the Frenchman opts to ring the changes.

Jack Wilshere is back in contention after recovering from an foot injury so he could start in midfield in order to give him some much-needed match fitness. Kieran Gibbs is also back after a hamstring problem but I’d like to see Nacho Monreal continue at left-back and perhaps bring Gibbs on in the second half in order to save him for next week.

Aaron Ramsey is back in the squad after being left our as a precaution last week, but again I hope he’s kept in reserve to give him a breather ahead of the final.

Alex Oxlade-Chamberlain remains out with a groin injury so joins Theo Walcott and Serge Gnabry on the sidelines.

Norwich will be without midfielder Anthony Pilkington as he continues to nurse a hip injury but Joseph Jobo could be back in contention after recovering from a calf problem. 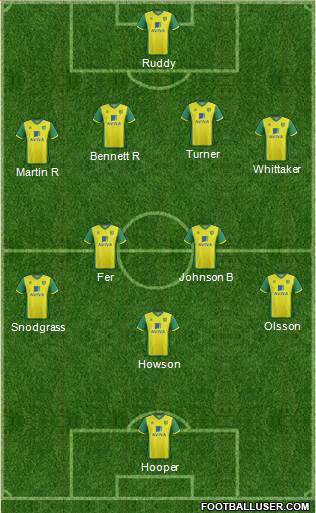 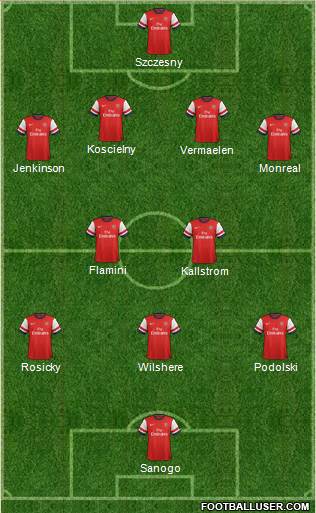 Jack Wilshere: The Englishman is going to be keen to impress with Roy Hodgson set to name his World Cup squad on Monday, so I can see Jack playing his heart out in order to prove he’s ready to be on the plane to Brazil and possibly force his way into Arsene’s team for the FA Cup final.

Norwich 1-2 Arsenal: Norwich are doomed and even our B team should have enough to edge the three points tomorrow.