Chelsea will look to end a disappointing season on a high note when they take on relegated Cardiff City on Sunday afternoon. Here’s a match preview for the game

Chelsea will look to end a disappointing season on a high note when they take on relegated Cardiff City on Sunday afternoon.

The Blues slim hopes of lifting the Premier League title evaporated with Manchester City’s 4-0 win over Aston Villa on Wednesday night meaning Jose Mourinho is going to end up trophy-less this season.

The Portuguese coach has down-played his sides chances of winning the title all year but many felt it was all part of his mind games. However, it’s come to fruition and some poor results against lower level opposition have cost the west Londoners this year as they have an excellent record against their direct rivals.

Chelsea are all-but ensured of finishing third as they have a three point lead over Arsenal and boast a far superior goal difference, and with Cardiff already relegated to the Championship, there is very little to play for other than pride tomorrow.

City’s fate was sealed with a 3-0 loss to Newcastle last weekend and Ole Gunnar Solskjaer will be hoping to sign-off with a morale boosting win to give their fans something to cheer about.

Chelsea are expected to be without Frank Lampard as the veteran midfielder is struggling with illness, so he may have played his last game for the club as his contract is up at the end of the season.

John Terry could also miss out after picking up a knock in training, so the skipper may also have pulled on the Blue shirt for the last time, while Samuel Eto’o is out after also injuring himself last week in training.

Oscar remains a doubt with a hip injury but Eden Hazard will be hoping for a recall after being left on the bench for last weeks 0-0 draw with Norwich.

Ramires is suspended so John Obi Mikel may start in midfield but Petr Cech is certain to miss out with a shoulder injury.

Cardiff will be without Juan Cala after the defender was hit with a three game ban following an incident in the tunnel following last weeks game at St James Park. 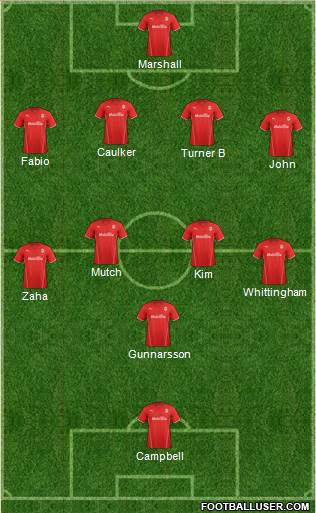 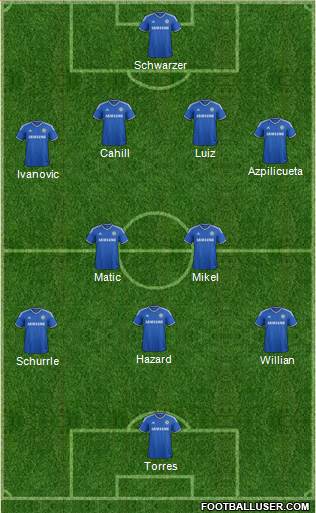 Eden Hazard: The Belgian is in Mourinho’s bad-books following his display against Atletico Madrid in the Champions League so all eyes will be on him if he’s restored to the starting eleven tomorrow.

Cardiff 0-2 Chelsea: Despite having very little left to play for we can see Chelsea having too much for the hosts.