Manchester United will hope to end a disappointing season on a high note as they take on Southampton at St Mary’s on Sunday afternoon. Here’s a preview.

Manchester United will hope to end a disappointing season on a high note as they take on Southampton at St Mary’s on Sunday afternoon.

The Red Devils relinquished their title with a whimper and the club are on course to not only finish outside the top four, but they will miss out on Europe altogether if Spurs get the point they need against Aston Villa to secure sixth placed.

Ryan Giggs has admitted his future at Old Trafford is unclear as he waits to see who will be installed as David Moyes permanent successor, but his focus will be to take charge of his final game as interim boss and try and round off the season with a win.

United beat Hull City 3-1 on Tuesday night with youngster James Wilson capping a memorable debut with two goals, but they are surely going to face a stiffer test away at Southampton.

Mauricio Pochettino’s men have enjoyed a fine season and are already guaranteed a top eight finish irrespective of the result tomorrow. However, there should be no sign of the hosts taking it easy as several players will be looking to impress Roy Hodgson ahead of him announcing his England World Cup squad.

Giggs could rotate his side once again and although young Wilson had a night to remember at Old Trafford on Tuesday, he may find himself out the team tomorrow with Robin van Perise fit again.

Rio Ferdinand could come back in to the defence with Phil Jones ruled out with a shoulder injury and Jonny Evans continuing to struggle with an ankle problem, while Wayne Rooney is also out with a groin injury.

Rafael is a major doubt with a thigh problem so Chris Smalling could deputise at right-back, while Anders Lindegaard is expected to miss out through illness.

The Saints will continue to be without striker Jay Rodriguez as his season was ended several weeks ago by a cruciate ligament injury.

He’s joined on the sidelines by defender Maya Yoshida and goalkeeper Kelvin Davis, with the duo expected to miss out with minor knocks, while Gaston Ramirez could also be out with an ankle injury. 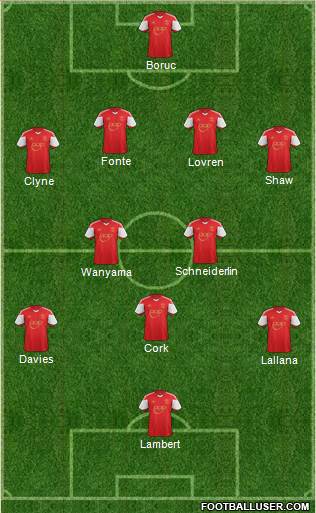 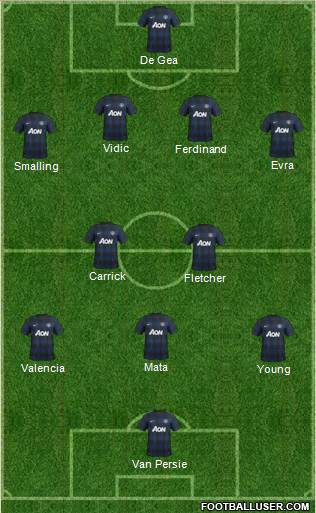 Robin van Persie: With Rooney out, the onus will be on RVP to provide the goal-threat up front. The Dutchman returned from injury with a goal on Tuesday and he’ll be the man Southampton will want to stop tomorrow.

Southampton 2-2 Man Utd: Neither side has much left to play for so we should be in for an open and entertaining game and we can see it ending a score draw.