Liverpool will head into the final day of the season looking to do their job against Newcastle and hope for a miracle at the Etihad Stadium. Here’s a preview.

Liverpool will head into the final day of the season looking to do their job against Newcastle and hope for a miracle at the Etihad Stadium.

The Reds head into the game sitting two points behind Man City following their 4-0 win over Aston Villa on Wednesday night, leaving the Citizens needing just a point at home to West Ham to secure their second title in three years, so all Liverpool can do is beat Newcastle and hope the Hammers can do them a favour in Manchester.

If the Merseysiders do end up missing out on their first title in 24 years, Brendan Rodgers should still be proud of what his side have achieved this season as he’s guided them from seventh last year to pushing for the title just 12 months later, and they’ve already guaranteed they’ll be back in the Champions League again next season.

The hosts should be confident of picking up a victory over Newcastle, as Alan Pardew’s men arrive at Anfield having won just once in their last seven games, with the Geordies ending a six-game losing streak with a 3-0 win over relegated Cardiff last weekend.

Liverpool welcome back midfielder Jordan Henderson after he completed a three-game ban following his sending off against Manchester City last month.

The England midfielder should come straight back in to the side alongside Steven Gerrard, with Joe Allen likely to make way.

With Rodgers knowing only victory will do, Philippe Coutinho could be set for a recall in place of the more defensive minded Lucas in midfield.

Newcastle will be without striker Papiss Cisse after he was ruled out for several months with a knee injury. Luuk de Jong is also missing with an ankle problem while Hatem Ben Arfa has been frozen out the squad by boss Alan Pardew. 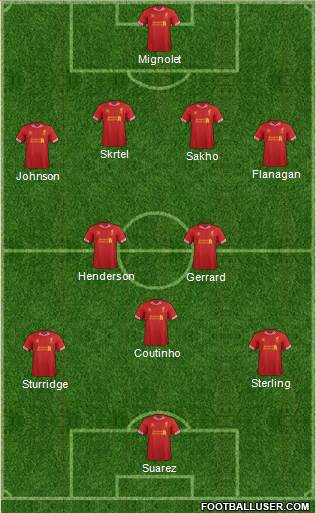 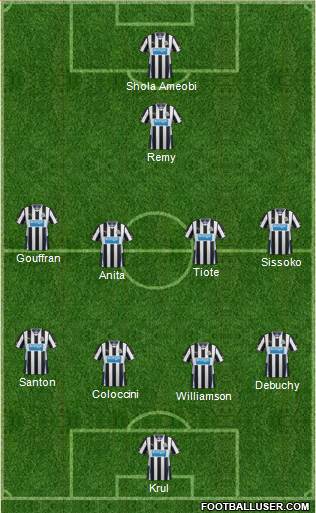 Luis Suarez: Liverpool know they need goals tomorrow and they will be looking for the PFA Player of the Year, Luis Suarez, to continue his fine goal-scoring form with the Uruguayan looking to become the first striker to score over 31 goals in a 48 game Premier League season.

Liverpool 3-0 Newcastle: I think it’s safe to say Liverpool will do their job at Anfield and will be praying for a miracle at the Etihad.