Belgian starlet Divock Origi is eyeing a summer switch to the Premier League with Arsenal and Tottenham Hotspur among the clubs chasing the Lille hitman.

As we approach the opening of the summer window clubs will be intensifying their efforts in the transfer market so we’ll bring you all the latest news and gossip. Today, Arsenal and Tottenham are linked with Divock Origi. 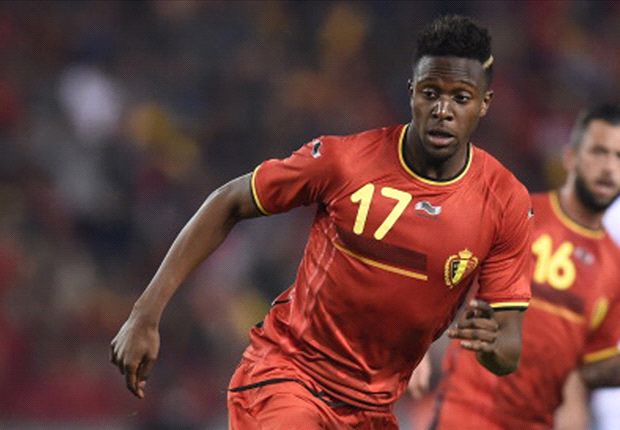 Belgian starlet Divock Origi is eyeing a summer switch to the Premier League with Arsenal and Tottenham Hotspur among the clubs chasing the Lille hitman, according to reports.

Origi hit the headlines after coming off the bench to score Belgium’s winner against Russia on Sunday night and that followed on from an encouraging display in his countries opening World Cup win over Algeria.

The 19-year-old earned his called up to Marc Wilmots World Cup squad following an impressive season in Ligue 1 with Lille, where he scored 6 goals in his 21 appearances, and he was counted on for his country in Brazil following the withdrawal of Aston Villa’s Christian Benteke through injury.

It seems his potential hasn’t gone unnoticed here in England with the Express claiming that Arsenal and Tottenham Hotspur have been keeping tabs on Origi and are expected to formalise their interest this summer.

The duo have now been boosted after Origi revealed that his childhood dream is to play in the Premier League, but it appears the Londoners will have to wait to snap him up as the youngster insists he will focus on the World Cup and let his agents deal with his future later in the summer.

“As a little boy I always dreamed of playing in the Premier League,” he said. “But I’m still young and now I’m in an important tournament so I’m try to focus on the team.

“Then my entourage will see with Lille what I’ll do.” Origi is quoted as saying by the Express

Arsenal boss Arsene Wenger is expected to bring in at least one striker to offer competition to Olivier Giroud next season and although Origi is a huge talent, many Gooners will no doubt be hoping the club bring in a more established name as well if they do sign the Belgian this summer.

Tottenham are also believed to be on the look-out for striking reinforcements as new boss Mauricio Pochettino looks to reshape his squad and Origi could be a useful addition, but it looks as though they will have to fight off competition from their north London rivals to bring the highly-rated striker to England.