Liverpool’s summer spending continued today as they confirmed the signing of England midfielder Adam Lallana from Southampton on a long-term contract.

The summer transfer window is now open for business and it’s expected to be a busy few weeks as managers strengthen their squads ahead of next season, so we’ll bring you all the latest news and gossip. Today, Liverpool complete a deal for Adam Lallana. 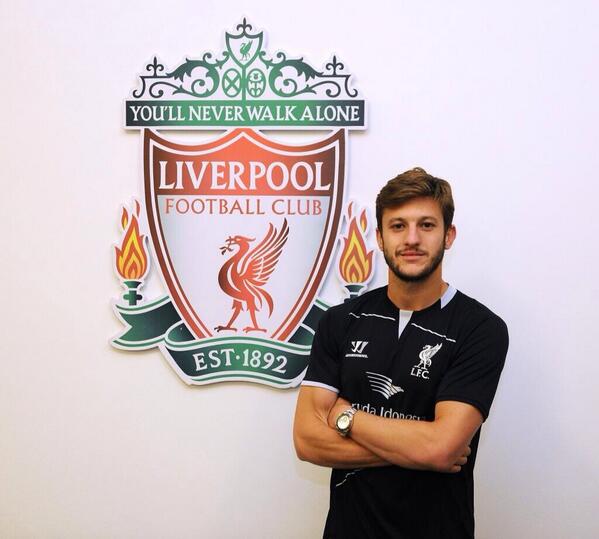 Liverpool’s summer spending continued today as they confirmed the signing of England midfielder Adam Lallana from Southampton on a long-term contract.

The Reds have been after the 26-year-old since the start of the summer but struggled to get a deal agreed with the Saints before he headed off to Brazil with the England squad for the World Cup finals.

Thankfully, for Liverpool at least, England crashed out at the group stages meaning talks could be resurrected sooner than expected and news broke towards the end of last week that a breakthrough had been reached and the two clubs had settled on a fee.

Lallana was soon travelling to Merseyside to undergo his medical and after a minor delay caused by paperwork issues, Liverpool have officially announced he’s a Red on Liverpoolfc.com this afternoon.

The player has followed former Southampton team-mate Rickie Lambert to Anfield and will wear the No.20 shirt after penning a long-term deal. No official fee has been disclosed, but reports claim Liverpool will pay £23m plus potential future add ons.

After completing his move, Lallana told the clubs website:

“I’m so excited for the next chapter of my career, coming to a special club like Liverpool. I’m quite humbled and I just can’t wait to get started.

“Hopefully I can settle in quickly, and I will give it my best throughout the whole time I’m here. I hope I can add something to the team and hopefully we can win trophies while I’m here, because that’s why I’m here – for success.”

Lallana is officially Liverpool’s second signing of the summer but the club also have a deal in place to sign Emre Can from Bayer Leverkusen, while Brendan Rodgers is also expected to bring in at least two more players this summer.

With the club set to return to the Champions League, Rodgers needed to add strength and depth to his squad and Lallana will be an excellent addition. He’s able to play anywhere across the attacking midfield positions so will give the Northern Irishman plenty of options, and his experience in the Premier League will be vital.

The midfielder was hugely impressive for Southampton last season, scoring 9 goals in 38 appearances to earn him a place in the PFA Team of the Season, but he’ll be lining-up alongside England team-mates Raheem Sterling and Daniel Sturridge at Anfield next season. Here are some photos of him after completing his move: 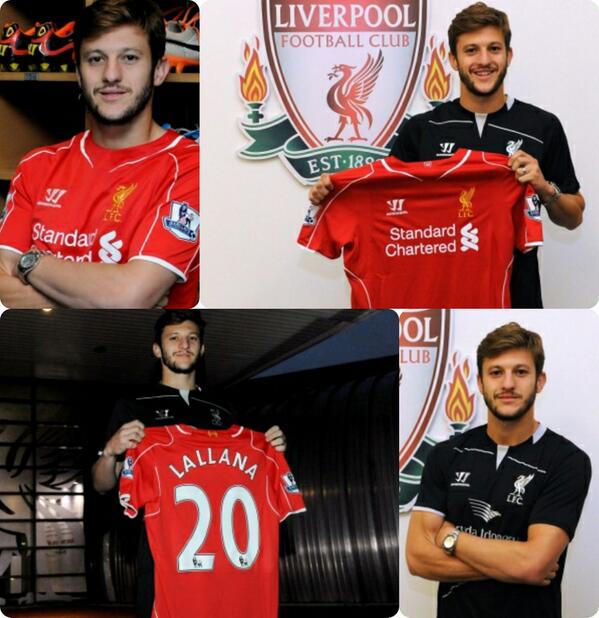 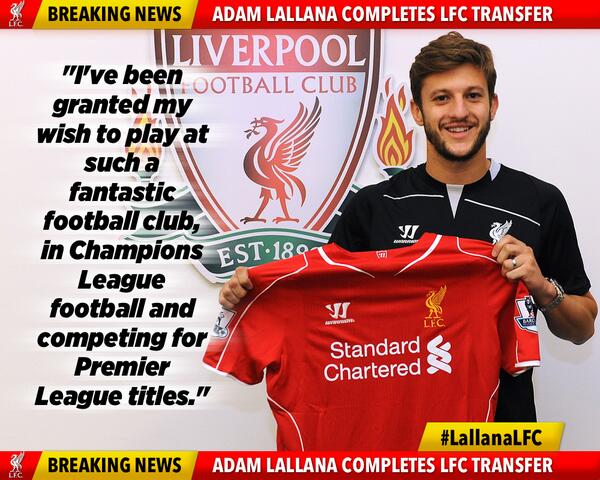 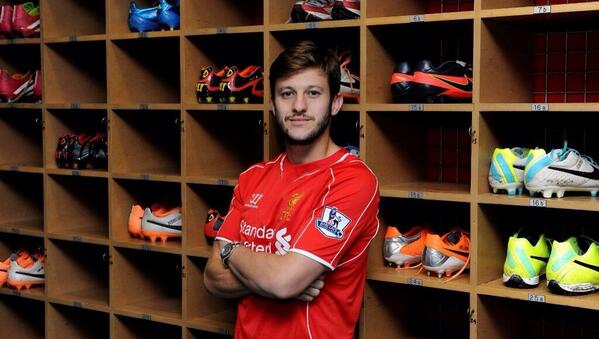