See a picture gallery after Manchester United finally revealed their new home strip to be worn during the 2014/15 season on their official website today.

ShareTweet
Prev1 of 6Next
Use your ← → (arrow) keys to browse

Manchester United have finally revealed their new home strip to be worn during the 2014/15 season on their official website today.

We’ve seen plenty of ‘leaked’ images and mock ups in recent months as the Red Devils prepared to launch their first kit by new sponsors Chevrolet, and it seems those images were spot on as the official kit is very-much like those pictures we’ve seen online some time ago.

The home kit is fairly simple in design, with the shirt in traditional red complimented by black, white and red detailing around the collar and sleeves. The players will be wearing plain white shorts with black socks that come with a red trim around the top. 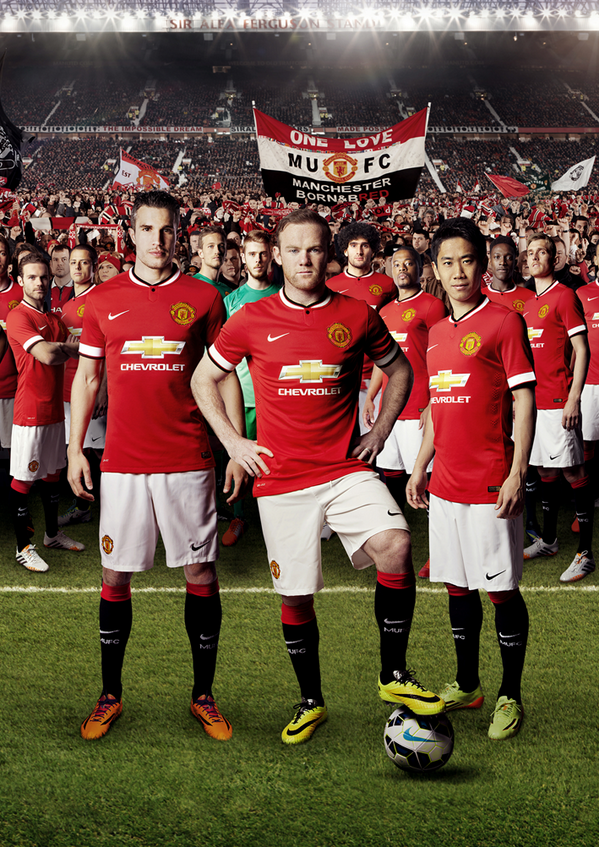