Mathieu Debuchy has completed his protracted move to Arsenal, the club have confirmed on Arsenal.com this evening. Here are photos of him in his new kit.

The summer transfer window is now open for business and it’s expected to be a busy few weeks as managers strengthen their squads ahead of next season, so we’ll bring you all the latest news and gossip. Today, Gooner Mac brings us news of Mathieu Debuchy’s transfer. 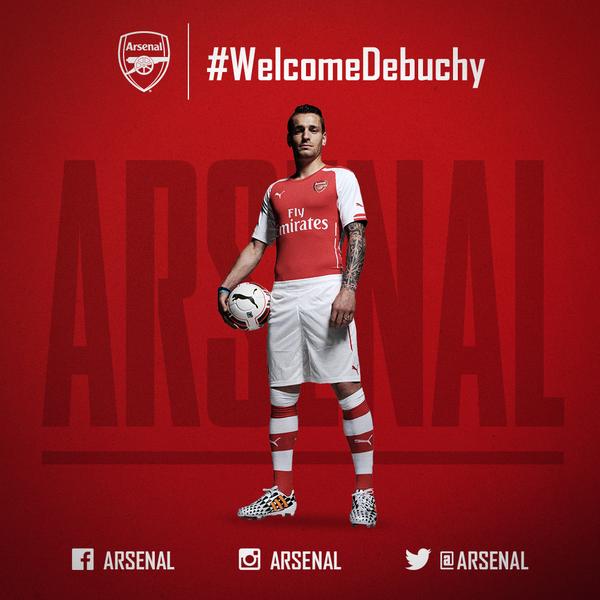 Mathieu Debuchy has completed his protracted move to Arsenal, the club have confirmed on Arsenal.com this evening.

Fans have been patiently waiting for the defender to be unveilled over the past two weeks after widespread speculation suggested a deal was concluded last weekend.

However, it appears Newcastle were reluctant to make things official until they had secured a replacement and with the Geordies tying up the signing of Daryl Janmaat today, we were free to announce Debuchy.

The club has confirmed the 28-year-old has signed a long-term contract and although the exact fee hasn’t been disclosed, talkSPORT claim it’s in the region of £12m – although that figure could include various add ons.

Debuchy comes in as a direct replacement for compatriot Bacary Sagna – who joined Manchester City on a free transfer last month – and will link up with his new team mates later this month.

After completing the move he told the clubs website he can’t wait to be back playing in the Champions League:

“I’m very proud to be joining a great club like Arsenal and to wear its colours, it’s one of the biggest clubs in the whole world. I’m looking forward to working with Arsène Wenger and to helping the team build on last season’s FA Cup success. Playing again in the Champions League is a big excitement for me and I will do my best to help Arsenal compete for trophies.”

The French international becomes our second summer signing following the arrival of Alexis Sanchez from Barcelona last week, and I’m sure you’ll agree is another solid piece of business form the club.

Debuchy has vital Premier League experience and will be able to slot straight into our defence, and of course he’s already familiar with playing alongside Laurent Koscielny in the France team, which should be a big help.

Here are a couple of pictures of Debuchy in his new kit as well as a behind the scenes video of his photo shoot. 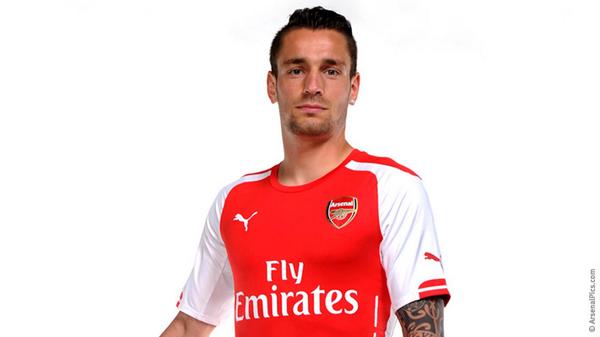 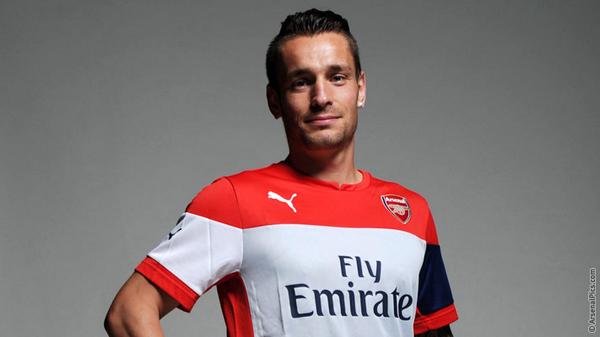