Chelsea have confirmed that Diego Costa and Filipe Luis will wear the number 19 and 5 respectively this season after completing their moves to Stamford Bridge.

The summer transfer window is now open for business and it’s expected to be a busy few weeks as managers strengthen their squads ahead of next season, so we’ll bring you all the latest news and gossip. Today, Chelsea confirm the shirt numbers for two new signings. 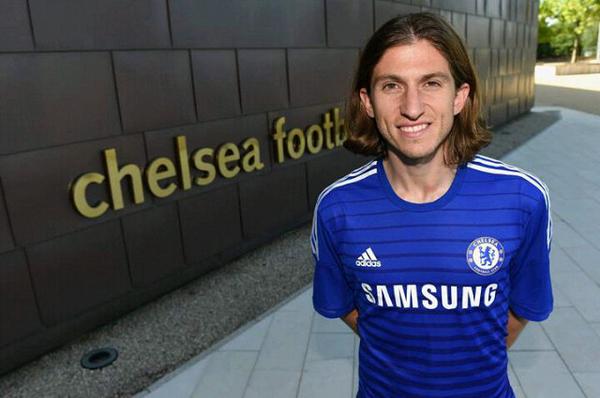 Chelsea have confirmed that new signings Diego Costa and Filipe Luis will wear the numbers 19 and 5 respectively this season after completing their moves to Stamford Bridge.

Spanish striker Costa completed his protracted move to Chelsea from La Liga champions Atletico Madrid earlier this week and the Blues have confirmed last night that the 25-year-old will wear the No.19 shirt next season.

Costa has been handed the number previously worn by Demba Ba after the Senegalese hitman joining Besiktas, but Blues fans will no doubt be hoping he has more success in it than the previous incumbent.

Luis became Chelsea’s latest new addition after completing his move from Atletico Madrid on Friday evening and the club have also confirmed he will wear the No.5 shirt.

The Brazilian defender joins the club for a fee believed to be in the region of £20m and will start training with his new team-mates, along with Costa, next week as the club prepare for their Austrian pre-season training camp.

.@FilipeLuis03 has signed a three-year contract and will wear the no.5 shirt. Full story: http://t.co/RPtJCQc8Si #WelcomeFilipe