Chelsea have this evening confirmed the signing of Ivory Coast international striker Didier Drogba on a one-year deal. See photos of him posing with the shirt.

The summer transfer window is now open for business and it’s expected to be a busy few weeks as managers strengthen their squads ahead of next season, so we’ll bring you all the latest news and gossip. Today, Didier Drogba returns to Chelsea. 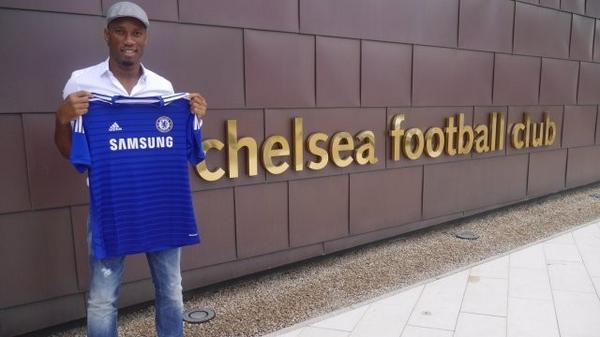 Chelsea have this evening confirmed the signing of Ivory Coast international striker Didier Drogba on a one-year deal.

Obviously Drogba is a familiar name to Chelsea fans as he became a club legend during an eight-year spell at Stamford Bridge between 2004-2012 where he went on to score 157 goals in 341 appearances.

After a glittering career at the club, Drogba signed off in memorable fashion when he scored the winning penalty to beat Bayern Munich in the final of the Champions League to secure Chelsea their first ever European cup.

There has been talk in recent days that after stints at Shanghai Shenhua and Galatasaray, the 36-year-old striker was set for a shock return to west London and Chelsea have now confirmed the news on Chelseafc.com, with Drogba signing a one-year contract.

Upon completing his move, the hitman told the clubs website:

‘It was an easy decision – I couldn’t turn down the opportunity to work with Jose again. Everyone knows the special relationship I have with this club and it has always felt like home to me.

‘My desire to win is still the same and I look forward to the opportunity to help this team. I am excited for this next chapter of my career.’

Drogba becomes Chelsea’s fourth major signing of the summer following the arrivals of Cesc Fabregas, Diego Costa and Filipe Luis, and will now offer Jose Mourinho another option up front this coming season.

Despite not quite being the force he once was, I’m sure there will still be many Premier League defenders who are dreading having to face the Ivorian again. Here is another photo of the Blues legend posing with his ‘new’ shirt. 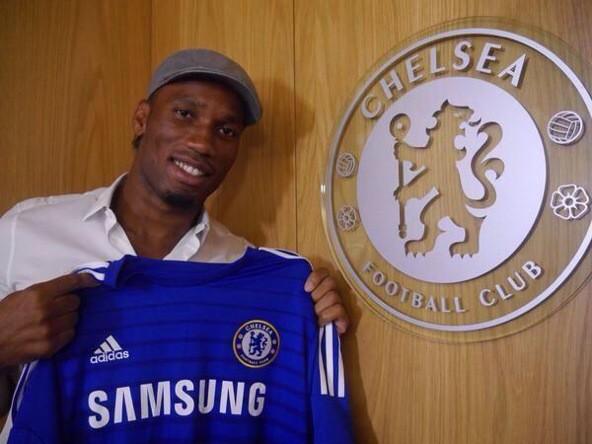