The summer transfer window is now open for business and it’s expected to be a busy few weeks as managers strengthen their squads ahead of next season, so we’ll bring you all the latest news and gossip. Today, Gooner Mac brings us news on Calum Chambers. 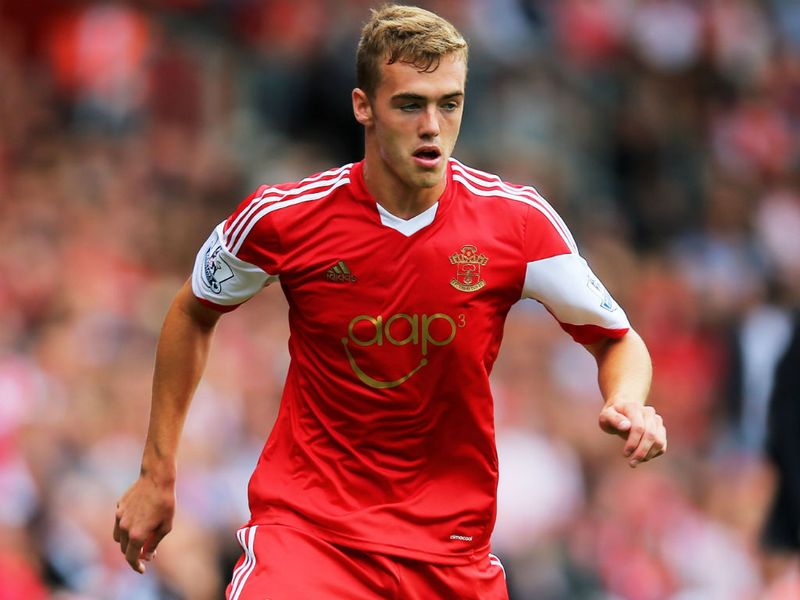 Arsenal are set to wrap up the signing of Calum Chambers for a fee in the region of £16m while we’ve also opened talks with Southampton over a potential deal for Morgan Schneiderlin, according to the BBC.

We were linked with a move for Chambers earlier in the summer when Arsene Wenger was on the look-out for a replacement for Bacary Sagna but most assumed our interest ended when we signed Mathieu Debuchy.

However, the BBC are reporting that Arsenal are now closing in on a deal for the 19-year-old defender and it’s believed he underwent a medical on Friday after we agreed a fee worth in the region of £16m with Southampton.

It’s certainly an intriguing signing and it will be interesting to see where Wenger plans to play Chambers. He’s made 25 appearances for the Saints with the vast majority coming as a right-back, but he’s also capable of playing as a centre-back.

Obviously the future of Carl Jenkinson has been cast in doubt following this signing and the newspapers seem to think he’ll head out on loan to get some regular action. That may well turn out to be the case but I’m wondering whether Wenger plans to keep both Chambers and Jenkinson and use them as cover for right-back and centre-back.

Jenkinson has said in the past that his favoured position is in the middle of defence, so perhaps the boss will decide to use him as our fourth-choice centre-back this season with Chambers acting as cover for Debuchy?

Either way, Chambers will be an excellent addition for the future and he could be joined at the Emirates by Southampton team-mate Morgan Schneiderlin as the BBC have confirmed that we’ve also made a formal enquiry about the midfielders availability.

Schneiderlin has been strongly linked with a move to the Emirates this summer as we look for a long-term replacement for Mikel Arteta and it seems we’ve now stepped up our interest in the 24-year-old.

We’ll have to see if we can agree a deal for the French international but I hope we do as he’d be an excellent addition to the squad and act as the perfect defensive foil for the likes of Aaron Ramsey and Jack Wilshere next season.