Defender Thomas Vermaelen has completed his move from Arsenal to Barcelona on Sunday afternoon after signing a five-year contract with the Catalan giants.

The summer transfer window is now well under way and managers are working hard to strengthen their squads ahead of next season, so we’ll bring you all the latest news and gossip. Today, Manchester United miss out as Thomas Vermaelen joins Barcelona from Arsenal. 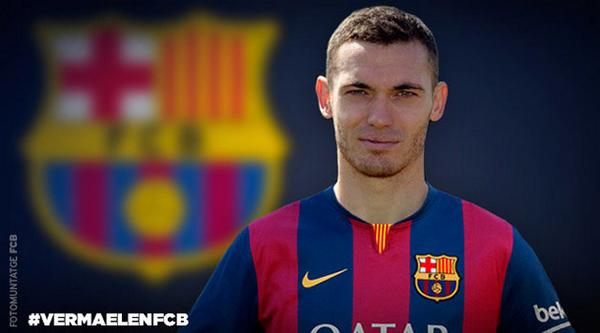 Thomas Vermaelen completed his move from Arsenal to Barcelona on Sunday afternoon after agreeing a five-year contract with the Catalan giants.

Vermaelen has been tipped to leave the Emirates this summer after losing his place in Arsene Wenger’s starting eleven, and he was forced to sit on the sidelines and watch on as Per Mertesacker and Laurent Koscielny formed an impressive partnership at the back.

The Belgian international had just entered the final year of his contract so the Gunners have decided to cash in rather than risk losing him for nothing next summer.

Manchester United were strongly linked with a move for the 28-year-old in recent months but a deal stalled after they refused to allow any players to move in the opposite direction as part of a swap deal.

Reports on Friday claimed that Barcelona had agreed a £15m fee with Arsenal and the two clubs have now confirmed that the centre-back has moved to the Nou Camp on a long-term deal.

While the move will be made official on Sunday when Vermaelen will sign his contract in front of the media, the former Ajax man has already posed in his new Barca kit and in front of the club crest.

Arsenal fans will be disappointed to see their former skipper leave and they will be anxious to see who Arsene Wenger brings in as a replacement, but it’s a fresh start for Vermaelen and a chance for him to resurrect his career after a frustrating 18 months in north London. 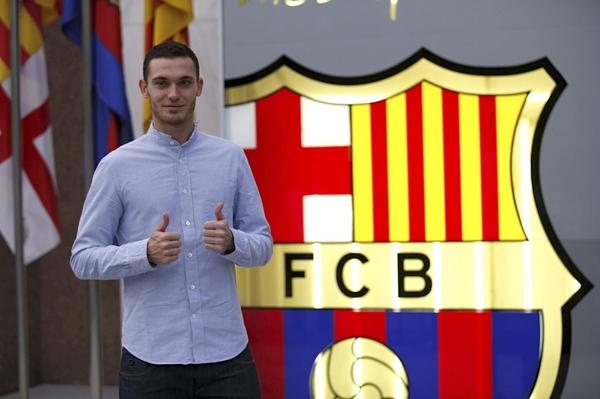