The summer transfer window is now well under way and managers are working hard to strengthen their squads ahead of next season, so we’ll bring you all the latest news and gossip. Today, Liverpool are linked with Lazio hitman Keita Balde Diao. 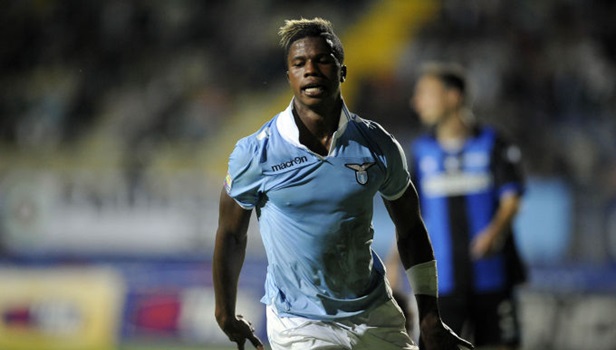 Liverpool have been told they will need to stump up €30m (£24m) if they want to land Lazio striker Keita Balde Diao this summer after seeing their opening €20m offer rejected, according to reports.

Reds boss Brendan Rodgers is on the look-out for another striker after being frustrated in his attempts to sign many of his top targets to replace Luis Suarez following the Uruguayan’s move to Barcelona earlier in the summer.

Rodgers has brought in Rickie Lambert from Southampton for £4m, but with all due respect, the 32-year-old can’t be considered as a replacement for Suarez and he’s likely to be nothing more than an impact player from the bench this season, so the Merseysiders need to bring in another option up front if they want to have any hopes of lifting the title this year.

The likes of Loic Remy and Wilfried Bony have been linked in recent weeks but it seems Rodgers has turned his attention to Lazio starlet Keita Balde Diao with the Metro claiming they have already opened formal talks with the Italians over a potential deal.

However, it looks like Liverpool are going to have to be prepared to dig deep to sign the 19-year-old as the newspaper suggests that Lazio have told the Anfield club they will need to pay €30m (£24m) to secure the strikers signature after rejecting the Reds opening bid of €20m (£15.8m).

Diao is tipped for a bright future and scored 5 goals in his 23 appearances for Lazio last season after breaking into the first team set up following his move from Barcelona in 2011. The youngster joined the Catalans as a nine-year-old and came through their much-famed La Masia youth academy before before sold three years ago due to disciplinary problems.

He’s certainly a talent but €30m is a ridiculous figure for a player who’s played less than 25 first team games and it’s highly unlikely Liverpool will agree to meet it, so unless Lazio lower their demands I really can’t see anything coming of this.