Liverpool have opened formal talks with Sampdoria over a potential loan deal for Argentinean international goalkeeper Sergio Romero, according to reports today.

The summer transfer window is now well under way and managers are working hard to strengthen their squads ahead of next season, so we’ll bring you all the latest news and gossip. Today, Liverpool are in talks with Sampdoria for Sergio Romero. 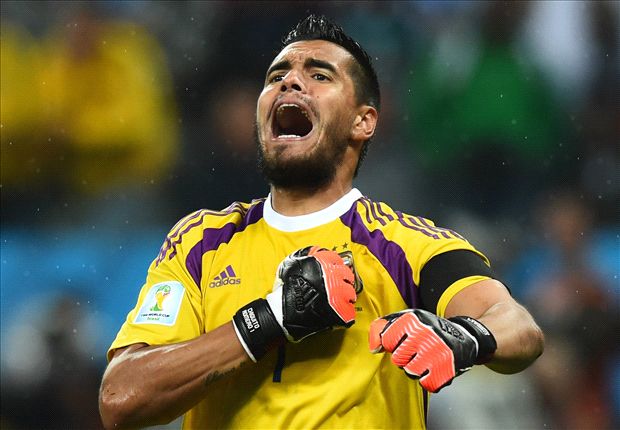 Liverpool have opened formal talks with Sampdoria over a potential loan deal for Argentinean international goalkeeper Sergio Romero, according to reports today.

The Reds are believed to be in the market for an experienced keeper to act as understudy to Simon Mignolet after selling Pepe Reina to Bayern Munich earlier this month.

Brendan Rodgers put his faith in Brad Jones as his No.2 last season but it looks like the Northern Irishman wants to bring in another option and has identified South American stopper Romero as a key target.

The Metro claim that Rodgers has opened talks with Sampdoria over a year-long loan deal for the 27-year-old after failing to agree deals for Cardiff’s David Marshall or Nottingham Forests Karl Darlow.

The newspaper suggest that Liverpool made contact on Wednesday night and although the Italians are prepared to sell for around £2m, the Merseysiders would prefer to secure an initial loan deal.

Romero spent last season on loan at Monaco but returned to Sampdoria this summer after failing to make the breakthrough at the big-spending Ligue 1 outfit.

He impressed for Argentina at the World Cup, helping his country reach the final before eventually losing out to Germany, and was even named  in FIFA’s three-man short-list for the Golden Glove award, but it appears he hasn’t done enough to convince Sampdoria he has a future at the club and he could now be heading to the Premier League.

With over 50 caps for Argentina to his name already, Romero would certainly provide Rodgers with an experienced option behind No.1 Mignolet if they could strike a deal, but it remains to be seen whether the player will be prepared to make the move knowing he’ll be nothing more than an understudy.