Manchester United kick off the new season when they welcome Swansea City to Old Trafford on Saturday lunchtime. Here is a preview with team news and prediction

Manchester United kick off the new season when they welcome Swansea City to Old Trafford on Saturday lunchtime.

All eyes will be on Louis van Gaal as the Dutchman takes charge of his first competitive fixture since being installed as the permanent successor to David Moyes, and United fans will be hoping for a better year this time around.

Moyes endured a disastrous campaign that saw him sacked towards the end of April as United went from defending champions to finishing seventh in the Premier League table and missing out on European football.

However, there is a fresh buzz around Old Trafford these days and van Gaal has injected new life in to the fallen giants, and the Dutch supremo has also brought with him a new 3-5-2 formation which he hopes will get the best out of the likes of Wayne Rooney, Juan Mata and Robin van Persie.

It’s worked well in pre-season and van Gaal will be hoping for a positive start against the Swans, who coincidentally were the opposition on the opening day of last season when United ran out 4-1 victors at the Liberty Stadium.

There’s a new man at the helm for the Welsh side this time around too, with Garry Monk installed as permanent boss after replacing Michael Laudrup midway through last season.

Monk has endured a difficult summer after losing several key men, with Michel Vorm, Michu, Ben Davies, Chico and Pablo Hernandez all leaving the club in recent months, but they have made some astute signings so it will be interesting to see how they gel tomorrow.

van Gaal has several injury concerns to deal with for his first Premier League encounter. Robin van Persie won’t feature as he continues to work his way back to full fitness after his World Cup exploits and he’s joined on the sidelines by fellow attacker Danny Welbeck who has a knee problem.

Jonny Evans is missing so youngster Tyler Blackett could be drafted in to the defence, while Antonio Valencia and Luke Shaw have also been ruled out of the game meaning the fit again Rafael and Ashley Young are likely to fill the wing-back roles.

Michael Carrick remains on the sidelines with an ankle injury so Darren Fletcher should partner Ander Herrera in midfield.

Swansea will be able to call upon the services of wingers Nathan Dyer and Wayne Routledge after the pair missed last weeks game with Villarreal. Routledge had a minor foot injury while Dyer was at the birth of his son.

However, Monk will have to make do without midfielder Leon Britton – who is struggling with a knee injury – and he joins Jay Fulton and Marvin Emmes on the sidelines.

Lukasz Fabianski, Gylfi Sigurdsson and Obafemi Gomis should all start having joined the club this summer. 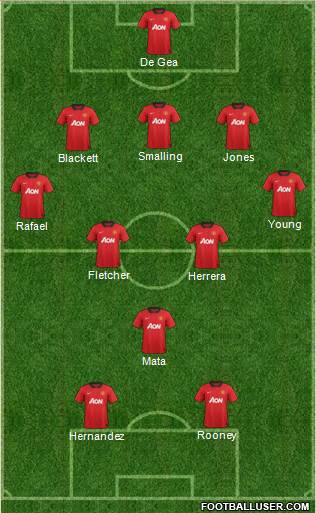 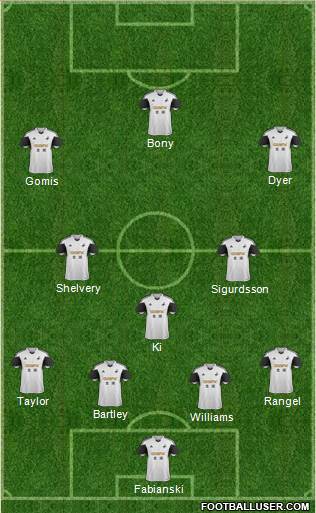 Juan Mata: The Spaniard is now playing in his preferred position to United fans will be hoping to see the best of him this season.

Man Utd 2-0 Swansea: While United have their injury worries, I can the hosts having too much for Swansea and van Gaal will get off to a comfortable start in the Premier League with a routine home win.