Marcos Rojo has confirmed he’s set to join Manchester United and is now due to fly in to the UK later today to complete a €20m move from Sporting Lisbon.

The summer transfer window is now reaching its climax and managers are working hard to make some last minute additions to their squad, so we’ll bring you all the latest news and gossip. Today, Marcos Rojo confirms he’s joining Manchester United. 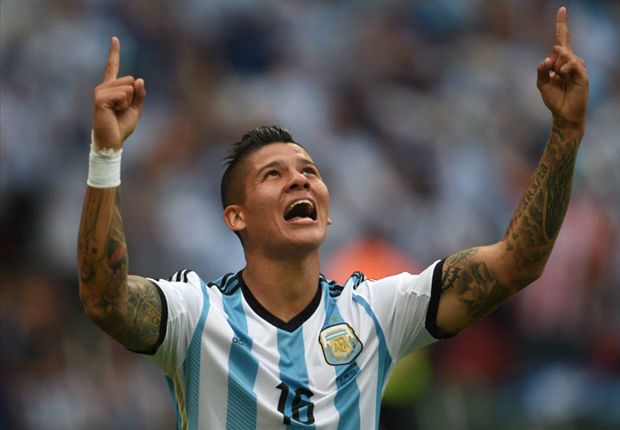 Marcos Rojo has confirmed he’s set to join Manchester United and is now due to fly in to the UK later today to complete a €20m move from Sporting Lisbon, according to reports.

Rojo has been strongly linked with a move to Old Trafford this summer and was forced to apologise after going on strike when Sporting rejected United’s initial €20m cash offer earlier this month.

Widespread reports on Monday suggested that the former champions had reopened negotiations with the Portuguese outfit and were closing in on a €20m (£16m) move after agreeing to include Nani in deal, with the out-of-favour winger set to move back to Lisbon on a season long loan.

It appears those reports were accurate as Rojo has now been quoted by the Telegraph as telling Argentinean radio Continental that it wasn’t an easy decision for him to leave Sporting, but it feels ‘like a dream’ to be a United player.

“It feels like a dream, to be a Manchester United player. Leaving Sporting wasn’t easy,” he said.

The 24-year-old also revealed that he’d spoken to former United midfielder Juan Sebastian Veron about the club during their time together at Estudiantes.

“He [Veron] told me about them when we played for Estudiantes.”

The Telegraph claim that Rojo is now set to fly in to Manchester on Tuesday to undergo a medical and will sign a four-year contract with the option of extending the deal for a further season, with the transfer expected to be wrapped up on Wednesday.

If everything goes smoothly, then the Argentinean international will become United’s third major signing of the summer following on from the arrival of Ander Herrera and Luke Shaw earlier in the summer.

Rojo is a versatile left-footed defender who is expected to be deployed on the left side of Louis van Gaal’s back three, but he will also be capable of playing the left wing-back role while Luke Shaw is out injured, so he’ll certainly be a useful addition.