Arsene Wenger is eyeing a swoop for Torino attacker Alessio Cerci with the Italian international believed to be keen on making the move to the Emirates Stadium.

The summer transfer window is now reaching its climax and managers are working hard to make some last minute additions to their squad, so we’ll bring you all the latest news and gossip. Today, Arsenal are linked with Torino attacker Alessio Cerci. 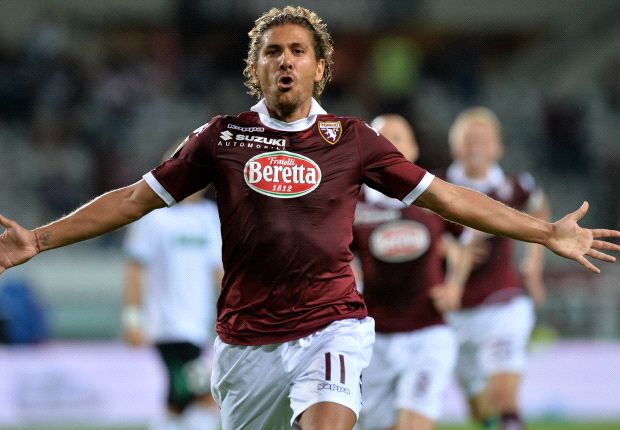 Arsene Wenger is eyeing a swoop for Torino attacker Alessio Cerci with the Italian international believed to be keen on making the move to the Emirates Stadium, according to reports in Italy.

It looks like we desperately need to sign another forward before the transfer window closes next week with reports in France claiming that Olivier Giroud has been ruled out for three months with a broken foot after picking up the injury during the closing stages of our 2-2 draw at Everton on Saturday.

The likes of Edinson Cavani, Loic Remy and Danny Welbeck have all been linked this morning but now the Metro are citing reports coming out of Italy that claim we’ve turned our attention to Torino forward Alessio Cerci.

The 27-year-old enjoyed an excellent season last year as he scored 13 goals in 36 games to help Torino to a seventh placed finish in the Serie A table and understandably his impressive form has led to interest from throughout Europe.

The report suggests that AC Milan and Roma are also showing an interest in the versatile attacker, but Italian media outlet TuttoSport claim that Cerci would favour a move to Arsenal if we can agree a deal.

Cerci is predominantly a winger but is also capable of playing in a more advanced role through the middle so he’d certainly give us more options in attack, but I’m not convinced Arsene views him as a replacement for Giroud, despite what these reports claim.

The two players have completely different styles of play so I’d suggest Cerci may be seen as a potential replacement for Lukas Podolski, with widespread reports suggesting the German could leave before the end of the month.

That would make far more sense to me and it would also means the boss has to bring in another striker to compensate for the loss of Giroud, so we could be in for a busy few days in the transfer market.

Wenger is due to hold his pre-match press conference this lunchtime ahead of our clash with Besiktas on Wednesday night so we should learn more about the Giroud injury then, but if the French international’s injury is confirmed then we should expect Arsenal to be making some serious attempts to sign a striker over the coming days and we could land two forwards if Podolski agrees a move away from the club too.