Manchester United take on Burnley at Turf Moor on Saturday looking to kick start their season after a disappointing opening few games. Here the team news. 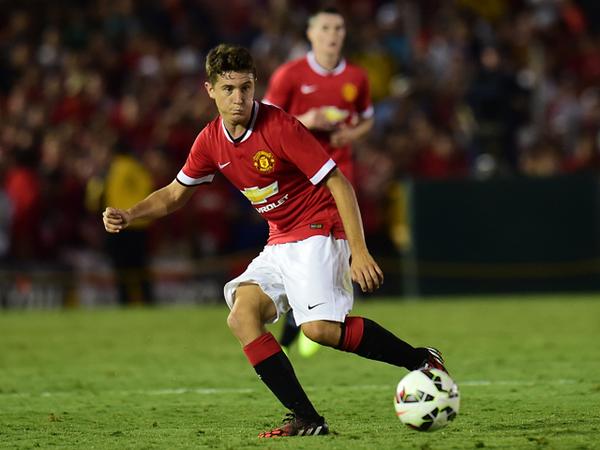 Manchester United take on Burnley at Turf Moor on Saturday lunchtime looking to kick start their season after a disappointing opening few games.

Louis van Gaal has been speaking to the media this afternoon and gave ManUtd.com a team news update, with the latest on United’s injury list as well as an update on Marcos Rojo’s work permit situation.

Lets start with the good news and van Gaal confirmed to the clubs official website that record signing Angel Di Maria will be available to play this weekend following his move from Real Madrid earlier this week.

However, the Argentinean attacker won’t be joined by compatriot Marcos Rojo as the defender is still in Madrid trying to resolve his work permit issues, so is therefore ineligible for the game.

Van Gaal has bemoaned the clubs lengthy injury list in recent weeks and it hasn’t got any better for this weekend with Shinji Kagawa the latest player to add his name to the injury list after he was forced off during the midweek defeat to MK Dons with concussion.

The Japan international is one of 10 players who are unavailable and he joins summer signing Ander Herrera on the sidelines as the midfielder continues to nurse an ankle injury that he picked up in training last week.

“Ander Herrera is still injured. We now have 10 injuries, one more than last week. Shinji Kagawa has a concussion. Herrera is short term. I think a lot of players shall return after the international break and then our problem is solved. But we are out of the Capital One Cup and that is sad, but injuries are one of the reasons for that.

“Rojo is working on his permit because he has to go abroad for that. The difference between Angel Di Maria and Rojo is that he has an Italian passport and Rojo does not. He has an Argentinian passport and he has to work for it. Now he is abroad in Madrid to work at the embassy, but it takes more time than we expected.”

So United’s injury problems should have eased by the time the squad reconvenes after the two week international break, but for this weekend van Gaal still has a weakened squad to choose from.

As well as Rojo, Herrera and Kagawa, other notable absentees include the likes of Chris Smalling – who picked up a hamstring problem in midweek – Luke Shaw, Marouane Fellaini, Rafael, Michael Carrick and Jesse Lingard.