Midfielder Flying In For Medical After Tottenham Agree €6m Deal

Benjamin Stambouli is flying over to London to undergo a medical and discuss personal terms after Tottenham agreed a deal with Montpellier for the midfielder.

The summer transfer window is now reaching its climax and managers are working hard to make some last minute additions to their squad, so we’ll bring you all the latest news and gossip. Today, Tottenham agree a deal to sign Benjamin Stambouli. 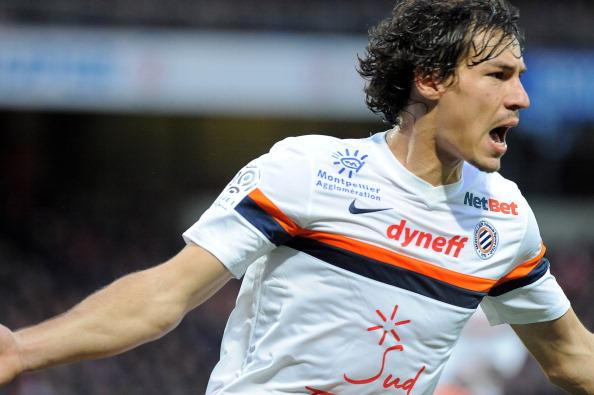 Benjamin Stambouli is flying over to London to undergo a medical and discuss personal terms after Tottenham Hotspur agreed a deal with Montpellier for the midfielder, it’s been confirmed today.

New Spurs boss Mauricio Pochettino has been heavily tipped to bring in another central midfielder this summer and it seems the Argentinean has turned his attention to Stambouli after failing to agree a deal with former club Southampton for Morgan Schneiderlin.

Montpellier announced on their official website on Saturday morning that a fee has now been agreed with the North Londoners for the 24-year-old and he will now head to London to have his medical and discuss personal terms.

‘An agreement has been reached between Montpellier and Tottenham to transfer Benjamin Stambouli.’

‘He will go to London in the next few hours to undergo a medical and finalise his contract.’

No official fee has been revealed as yet but the Daily Mail claim Spurs will pay around €6m (£5m) for the France Under-21 international after fighting off interest from both Swansea and Fiorentina for his signature.

Stambouli is predominantly a defensive midfielder but is also capable of playing at centre-back and full-back, so he’ll give Pochettino plenty of options this season.

However, despite his versatility, the likelihood is the Frenchman will partner Etienne Capoue at the heart of Tottenham’s midfield this season which could see the likes of Paulinho or Mousa Dembele leave White Hart Lane before the transfer window shuts on Monday night.