Manchester United have confirmed that new signing Radamel Falcao will wear the No.9 shirt this season after the Colombian completed his loan move from Monaco 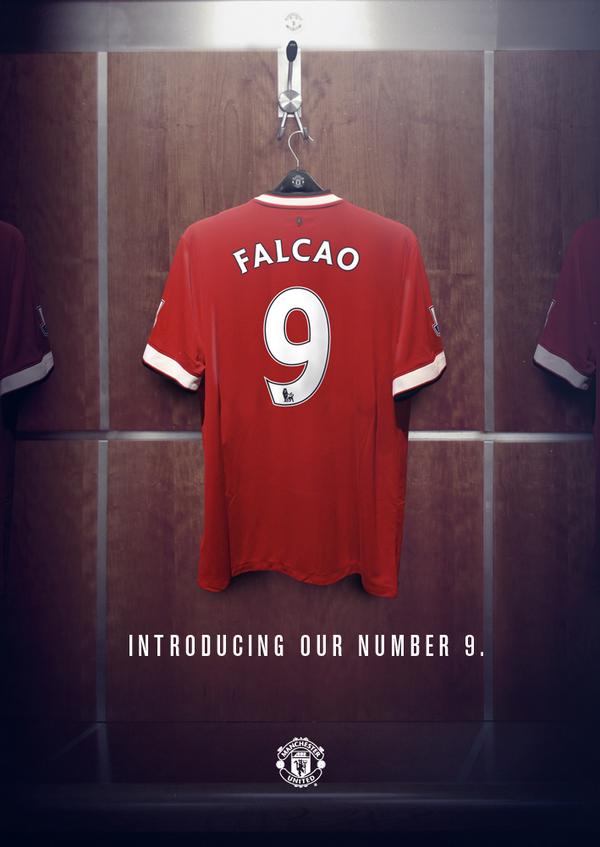 Manchester United have confirmed that new signing Radamel Falcao will wear the No.9 shirt this season.

The Colombian was the big transfer story on deadline day after it emerged that United were in discussions with Monaco over a potential deal.

Falcao was soon flying in to the UK on board a private jet to complete his move after United had agreed to pay around £6m to take on loan for 12 months with the view to making it permanent next summer.

The deal was a complicated one and it wasn’t officially announced until the early hours of Tuesday morning, but United finally confirmed the 28-year-old’s signature on ManUtd.com at around 2pm.

Obviously United fans are delighted at the arrival of one of the best strikers in the world, and they now know what number they can get on the back of their shirt after the club revealed on Twitter that Falcao will wear the No.9 shirt this season.

It’s going to be interesting to see how Louis van Gaal incorporates Falcao into his new-look side at Old Trafford, but the general consensus is he’s likely to play alongside Robin van Persie up front with Wayne Rooney deployed in the ‘hole’.

It’s certainly a fearsome looking attack and along with United’s other summer signings, van Gaal has amassed an impressive squad and I’m sure it won’t be long before the former champions are back challenging at the top of the table again.

Everyone at #mufc can't wait to see @Falcao pull on the no.9 shirt for the Reds. #FalcaoJoins pic.twitter.com/2rmPcCCGeZ