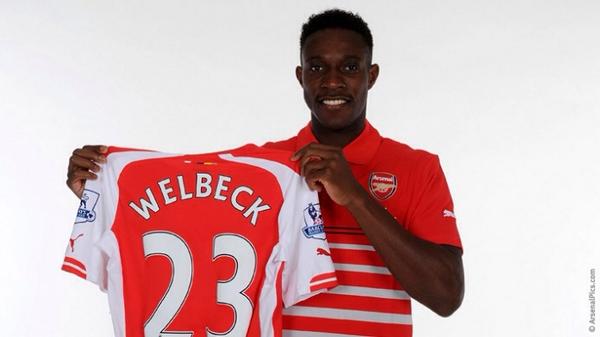 Arsenal are sweating on the fitness of new signing Danny Welbeck after the striker picked up an ankle injury in England training just hours after completing a move from Manchester United.

Welbeck was one of the big transfer stories on deadline day after he completed a surprise £16million move to North London from Old Trafford.

However, just a matter of hours after penning his five-year deal with the Gunners, the 23-year-old rolled his ankle during the final stages of England training on Tuesday.

The incident happened at Arsenal’s London Colney training base, where the Three Lions have been preparing for tonight’s friendly against Norway, and boss Roy Hodgson confirmed the news to reporters at his press conference yesterday afternoon.

“Unfortunately in training he did manage to receive a knock in the session, but I have been assured he is okay and that it will not rule him out – but obviously I suppose it could happen.” Source

While Hodgson remained optimistic that Welbeck may still take some part tonight, reports in the newspapers claim the forward is likely to miss the game and will be a doubt to face Switzerland on Monday in England Euro 2016 qualifier.

The news will have Arsene Wenger sweating on the fitness of his latest signing as another injury is the last thing the Gunners boss wants to deal with. Welbeck was signed after Olivier Giroud was ruled out for four months with a broken tibia so it would be a major blow if Welbeck was to be ruled out for any period of time.

Thankfully the injury doesn’t sound serious and the striker should be available to make his debut against Manchester City on September 13 after the international break.