Tottenham Confirm 25-Man Squad To The Premier League: See Who Made The Cut Here

Spurs have submitted their 25-man squad to the Premier League for the new season. You can see who made the cut and who was included in the Under-21 squad here. 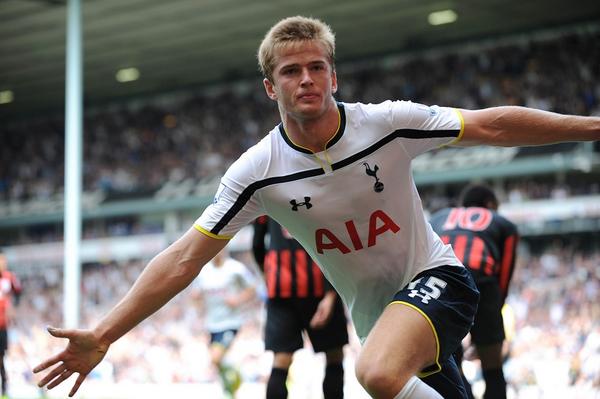 Tottenham have officially submitted their 25-man squad to the Premier League for the 2014/15 campaign. You can see who made the cut and who was included in the Under-21 squad here.

All clubs had to confirm their squads to the Premier League after the summer transfer period had closed, however, teams are still allowed to register any player who is out of contract that Mouricio Pochettino may decide to sign.

The current rules state that clubs can not have more than 17 players who are not considered as ‘Home Grown’ in their squads – which can not exceed the 25-man limit. However, a manager can name as many Under-21’s as they like over and above the 25-man limit.

A ‘Home Grown’ player is defined as someone who has been registered with any club tied to the FA for at least three whole seasons or 36 months prior to their 21st birthday, and squads are now final until the transfer window reopens in January 2015.

Mauricio Pochettino has been busy this summer reshaping the squad he inherited from former boss Tim Sherwood, and the Argentinean letting the likes of Sandro, Michael Dawson, Lewis Holtby and Gylfi Sigurdsson leave the club.

This freed up some space in the squad and Pochettino signed Michel Vorm, Federico Fazio and Benjamin Stambouli and all five are included in the squad list submitted to the Premier League, while fellow summer additions Ben Davies and Eric Dier are eligible to be in the Under-21’s list.

Here is a full list of those players eligible to play for Spurs over the next few months:

Under-21 players (Contract and Scholars)