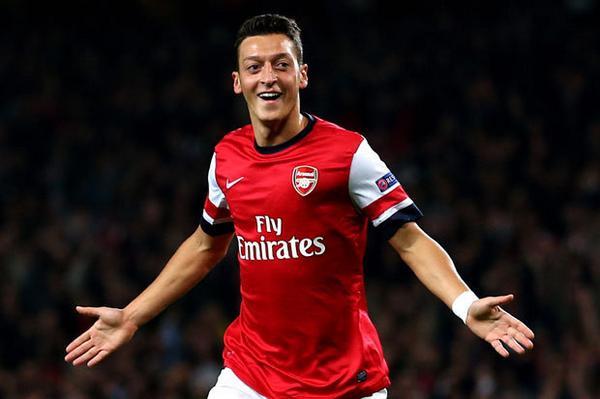 Arsenal face an anxious wait to see how bad Mesut Ozil’s ankle injury is with the attacker likely to be struggling to be fit in time to face Manchester City next weekend, according to reports today.

Ozil received treatment during Arsenal’s 1-1 draw against Leicester City last Sunday after going down clutching his ankle midway through the second half.

Although he managed to complete the ninety minutes at the King Power Stadium, the 25-year-old was forced to miss Germany’s 4-2 defeat to Argentina on Wednesday night and reports claim he is now set to miss the European Championship qualifier against Scotland on Sunday.

If Ozil does end up missing that clash, as expected, then he will be a major doubt to face Premier League champions Manchester City at the Emirates on Saturday lunchtime, which will come as a huge blow to Arsene Wenger.

The Gunners have so far failed to hit top gear this season and the last thing Wenger will want is being without one of his most influential attackers when facing a crunch game against one of his main title rivals.

Theo Walcott has only just returned to full training and won’t be fit enough to feature so to lose Ozil as well would be a real set-back, so hopefully the German will recover well over the next week and be in contention for next weekend.