Premier League action returns this weekend as Chelsea take on Swansea City at Stamford Bridge on Saturday afternoon. Here is our predicted line-up. 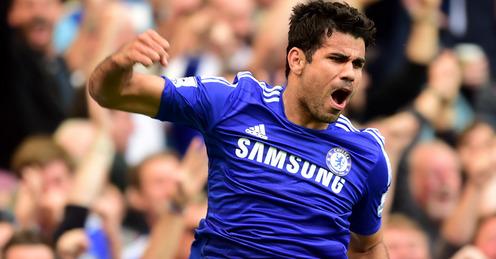 Premier League action returns this weekend after the international break as Chelsea take on Swansea City at Stamford Bridge on Saturday afternoon. Here is our predicted line-up.

Goalkeeper: Jose Mourinho has opted to select Thibaut Courtois as his first choice keeper and there’s no sign that’s going to change any time soon so the Belgian should once again start ahead of Petr Cech in goal.

Defence: We shouldn’t expect many changes at the back with Jose likely to stick with his settled back four of Ivanovic, Cahill, Terry and Azpilicueta, despite his side shipping three goals to Everton last time out. Filipe Luis is pushing for a start at left-back if the Portuguese coach wants to shake things up.

Midfield: Chelsea were a little open against Everton so Ramires or John Obi Mikel could be drafted in alongside Nemanja Matic with Cesc Fabregas pushing further forward. However, since it’s a home game I’d expect him to keep Fabregas in his deeper position.

Attack: Oscar is pushing for a recall and he could come in alongside Eden Hazard and Andre Schurrle in attack. There is a slight doubt over the fitness of Diego Costa but the Blues are confident he’ll be passed fit to play. Otherwise, Loic Remy or Didier Drogba will get the nod up front.

Here’s how Chelsea could line-up this weekend: 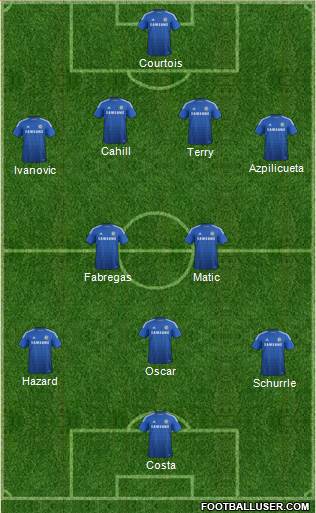