Liverpool were given a fresh injury scare on Thursday after Brendan Rodgers confirmed that Mario Balotelli was forced to sit out training with a stomach bug. 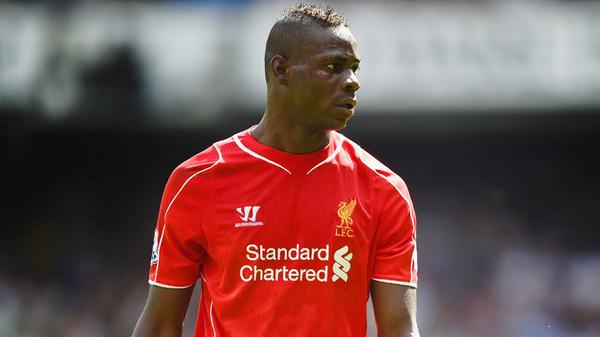 Liverpool were given a fresh injury scare on Thursday after Brendan Rodgers confirmed that Mario Balotelli was forced to sit out training with a stomach bug.

The striker has settled in well at Anfield following his £16m move from AC Milan last month and impressed on his debut during a 3-0 win over Tottenham Hotspur just before the international break.

The 24-year-old was looking forward to making his home debut when Liverpool welcome Aston Villa to Anfield on Saturday evening but he gave the club a scare after reporting that he felt unwell during the week.

Brendan Rodgers confirmed the news to the Liverpool Echo and revealed that he felt it best that Balotelli miss training on Thursday to prevent him passing his bug on to other players.

However, the Reds boss expects the Italian international to shake off the problem and be passed fit to face Villa tomorrow.

“Mario has had a bit of a bug that we wanted to make sure he didn’t spread around the group,” Rodgers revealed.

“But he’ll be okay for Saturday. I think he has felt the warmth of the club since he’s been here and I’m sure he will look forward to playing at Anfield. He isn’t the only one. The same goes for the likes of Lazar Markovic and Adam Lallana who will also be involved.”

The last thing Rodgers needs is to lose another striker after Daniel Sturridge was ruled out for three weeks with a thigh injury that he picked up while away with England, so I’m sure Liverpool will be praying that Balotelli woke up this morning feeling better.

In Sturridge’s absence, the former Manchester City striker is expected to spearhead the attack tomorrow and he will no doubt he hoping to open his account for Liverpool during his home debut for the club.