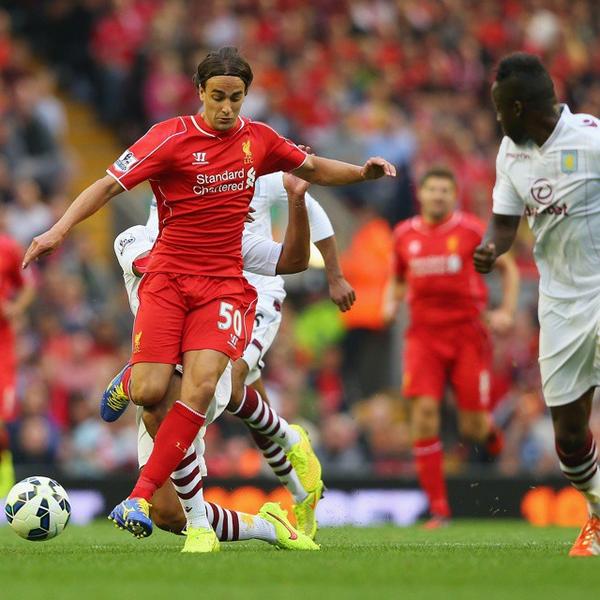 Champions League football returns to Anfield this week as Liverpool take on Bulgarian minnows Ludogorets on Tuesday night. Here’s our predicted starting eleven for the match.

Goalkeeper: No doubt Simon Mignolet will start this game unless he picks up an injury beforehand.

Defence: Boss Brendan Rodgers has few options to change things up at the back with a number of players currently on the sidelines. Martin Skrtel is back in training but this game comes too soon so Mamadou Sakho is likely to continue alongside Dejan Lovren at centre-back. Jon Flanagan and Glen Johnson are both still injured so Javier Manquillo will continue at right-back, while Alberto Moreno should keep his place on the left.

Midfield: Emre Can has been ruled out for up to six weeks while Joe Allen is also still unavailable with a knee injury. Rodgers may decide to recall Lucas Leiva in order to give Jordan Henderson freedom to push further forward, but against Ludogorets at home, I’d expect so see Henderson alongside Steven Gerrard with Philippe Coutinho just in front.

Attack: Daniel Sturridge remains on the sidelines so Mario Balotelli should spearhead the attack with Rickie Lambert used as an impact substitute again. Raheem Sterling was rested for Saturday’s defeat to Aston Villa so he’s certain to be recalled but it’s not clear who Rodgers will decide to drop. Adam Lallana was relatively quiet on his home debut at the weekend but I think we’ll see the England international picked over youngster Lazar Markovic tomorrow.

Here’s how Liverpool could line-up: 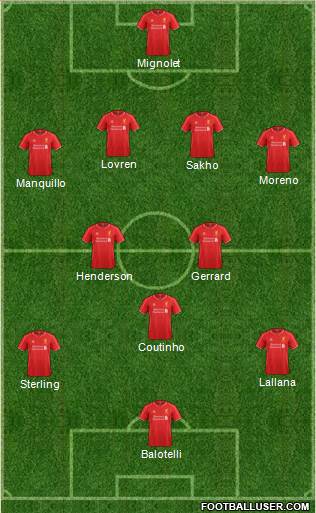 What do you think of the team? What eleven would you choose?