Chelsea kick start their Champions League campaign when they take on Schalke at Stamford Bridge in their Group G opener tonight. Here’s a preview with team news

Chelsea kick start their Champions League campaign when they take on Schalke at Stamford Bridge in their Group G opener tonight.

The Blues head into the game full of confidence having made an excellent start to the Premier League season with Jose Mourinho’s men currently sitting top of the table following four wins from their opening four games.

The latest victory came with a 4-2 win over Swansea City on Saturday in a game that saw Chelsea come storming back from a goal down thanks largely to a hat-trick from Diego Costa.

Mourinho has pledged to try and become the first manager in history to win the Champions League with three different clubs having already tasted glory with Porto and Inter Milan, but his first task is to get off to a positive start with three points tonight.

Schalke arrive in the capital in poor form having taken just one point from their opening three games which leaves them sitting 16th in the Bundesliga standings, so they will need to step-up their game if they want to go back to Germany with anything from this match.

Chelsea striker Didier Drogba is back in contention having recovered from an ankle injury that kept him out of Saturday win over Swansea. The Ivory Coast international is expected to be on the bench.

There have been rumours Petr Cech could make his first start of the season but with the Capital One Cup on the horizon, it’s likely Mourinho will go with Thibaut Courtois tonight and play the Czech stopper against Bolton on Wednesday.

Filipe Luis could come in to the side to make his full debut, and if Mourinho wants to rest a few legs before Saturday’s clash with Manchester City, then the likes of Ramires and Willian could also be drafted in.

Schalke will be without skipper Benedikt Howedes with the defender struggling with a hip injury. 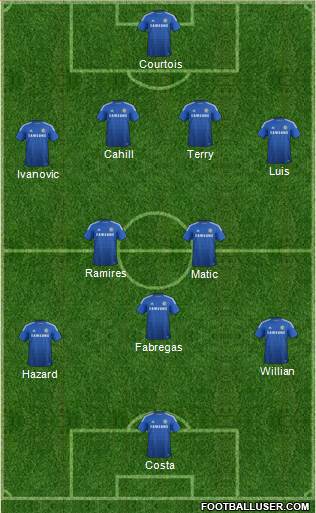 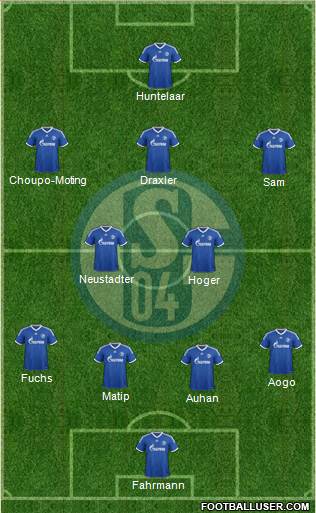 Diego Costa: The Spaniard has been in sensational form since making the move from Atletico Madrid with seven goals in just four games, and you wouldn’t bet against him continuing that run this evening.

Chelsea 2-0 Schalke: The Blues are the strong favourites to pick up the three points tonight and we can’t see past a relatively comfortable win for Mourinho’s men.

What team would pick for the game and whats your predicted score?