Arsenal are on the hunt for a central defender and are discussing potential free transfer swoops for Joseph Yobo or Diego Luguano, according to reports.

The summer transfer window may be closed but managers are already thinking ahead to future transfer windows so we’ll bring you all the latest news and gossip. Today, Arsenal are linked with two free agent defenders. 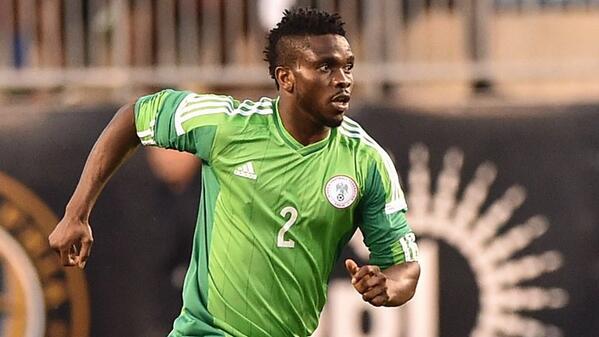 Arsenal are on the hunt for a central defender and are discussing potential free transfer swoops for Joseph Yobo or Diego Luguano, according to reports.

Many fans were left furious when Arsene Wenger failed to bring in another centre-back before the summer transfer window closed on September 1st as it left us with just Calum Chambers as back-up to Laurent Koscielny and Per Mertesacker.

Our lack of options has now been exposed with Chambers expected to fill in at right-back after Mathieu Debuchy was ruled out for at least two months, leaving us with very little cover in the middle of defence.

The situation was precarious for our Champions League group stage opener with Borussia Dortmund on Tuesday after Chambers and Nacho Monreal were ruled out of the game, meaning we had just three fit senior defenders to choose from.

It seems Arsene Wenger is now looking to add more depth by bring in a free agent with the Daily Mail claiming that club officials have already held discussions at London Colney to identify potential targets, with Yobo and Luguano mentioned as possibilities.

The newspaper suggests that Wenger has told his scouts to examine the duo and it’s believed that the boss is interested in the pair because they have previous experience in the Premier League so should be able to hit the ground running.

Having previously spent time with Everton, Yobo returned to England in January for a loan spell at Norwich but things didn’t work out and he was subsequently released by Fenerbache. The 34-year-old did make three appearances for Nigeria at the World Cup and has 101 caps to his name, so he would bring with him a wealth of experience if we did bring him in on a short-term deal.

Lugano has less experience in the Premier League but he did make 12 appearances for West Brom last season and has also played for the likes of PSG, Malaga and Fenerbache, while he too has almost 100 caps for his nation and was part of the Uruguay squad in Brazil this summer.

It’s a sad state of affairs that a club like Arsenal, with our resources, is being forced in to the freebie market but needs must and I hope the boss brings someone in sooner rather than later as we desperately need some cover at the back.