The summer transfer window may be closed but managers are already thinking ahead to future transfer windows so we’ll bring you all the latest news and gossip. Today, Gooner Mac brings us news of a potential double swoop by Arsenal. 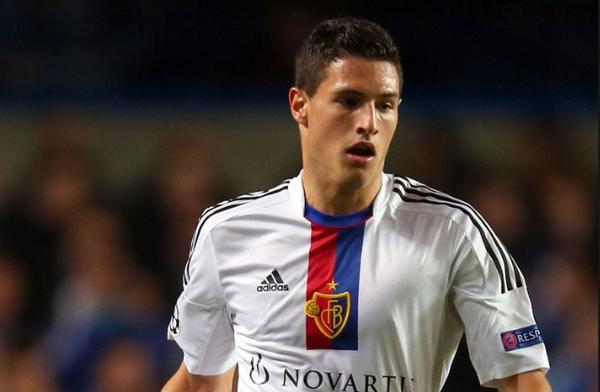 Arsene Wenger may have brought in five new signings during the summer window but he failed to sign a direct replacement for Thomas Vermaelen which has left us with just Calum Chambers as back-up to first choice centre-back’s Per Mertesacker and Laurent Koscielny.

It seems the boss is planning to rectify this problem when the transfer window reopens in January with the Daily Star claiming the Frenchman is eyeing a move for Basel ace Fabian Schar.

The newspaper suggests while the Swiss champions value the 22-year-old at £10m, Arsenal are hoping to drive the price down substantially due to the fact the player has just entered the final year of his contract.

We’re not the only ones interested in the Switzerland international as Tottenham, Inter Milan and Borussia Dortmund are also understood to be keeping tabs on the defender. However, with Schar believed to favour a move to the Premier League, we should be confident of fending off interest from Spurs to bring the player to the Emirates if we can agree a deal with Basel.

Many fans, myself included, were extremely disappointed that Wenger didn’t solve our much talked about defensive midfield issue by signing a long-term replacement for Mikel Arteta in the summer, but the Star claim the boss will look to finally solve this issue in January by making a move for Adrien Rabiot.

The 19-year-old has also just entered his final year at PSG and looks set to leave the Parc des Prince after rejecting their latest contract extension offer, and the newspaper suggest we could snap him up for just £2million.

That would be a real bargain and a major coup for the club if we could land the highly-rated midfielder this winter, and if we could bring him in along with Schar, our squad would finally have the required depth and quality to make a sustained title challenge.