Arsenal take on Southampton at the Emirates Stadium tonight in the third round of the Capital One Cup. Here is a match preview with team news and prediction 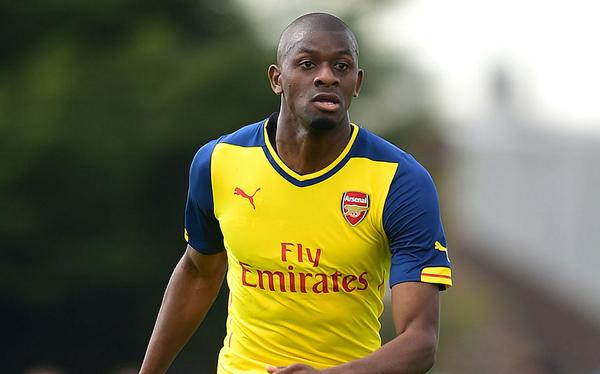 Arsenal take on Southampton at the Emirates Stadium tonight in the third round of the Capital One Cup.

We got our season back on track with an impressive 3-0 win away at Aston Villa on Saturday with Mesut Ozil inspiring victory with a Man of the Match display that saw us score three goals in just over three first half minutes.

That win ended a run of three consecutive draws in the league and came just days after our disappointing defeat to Borussia Dortmund, so it was important to get back to winning ways at Villa Park.

The League Cup is not considered to be a priority for the club and as has become the norm in this competition, Arsene Wenger is expected to make wholesale changes and rest a number of his key men ahead of a huge week that sees us take on Tottenham and Galatasaray before heading to Stamford Bridge to take on Chelsea.

But before all that we have to overcome Southampton at the Emirates tonight and it will be a great opportunity for some of the fringe and younger players to stake a claim at the starting eleven.

This should see David Ospina make his debut following his summer move while Hector Bellerin should start at right-back. Francis Coquelin is in the squad and could fill in at left-back with Nacho Monreal ruled out with a back injury.

The boss has confirmed that Abou Diaby will feature in the first team for the first team in several months while Jack Wilshere could get a run-out after being rested at the weekend.

Alexis Sanchez wasn’t involved at all on Saturday so is likely to get some game-time tonight, while young striker Chuba Akpom and centre-back Isaac Hayden are also in-line to make his full debuts.

Southampton are expected to name a strong line-up and welcome back James Ward-Prowse and Maya Yoshida after they missed the weekend action with ankle injuries.

Senegal forward Sadio Mane is likely to be in the squad after finally being granted a work permit following his summer move from Red Bull Salzburg, but defender Toby Alderweireld is again likely to miss out through hamstring trouble. Jack Wilshere: If Jack starts, he’s going to have to step up and be our creative focal point with the likes of Cazorla and Ozil not playing. Wilshere has been in decent form of late and hopefully we’ll see more of those driving runs and one-two’s that will cause the Saints all sorts of problems.

Arsenal 2-1 Southampton: Despite making a number of changes to the starting eleven, we should still be able to put an extremely competitive side out and as long as the defence can hold out, we should have too much firepower for the visitors to handle.