Chelsea have confirmed an injury blow ahead of their Capital One Cup clash with Bolton Wanderers with Ramires ruled out with an abductor muscle problem. 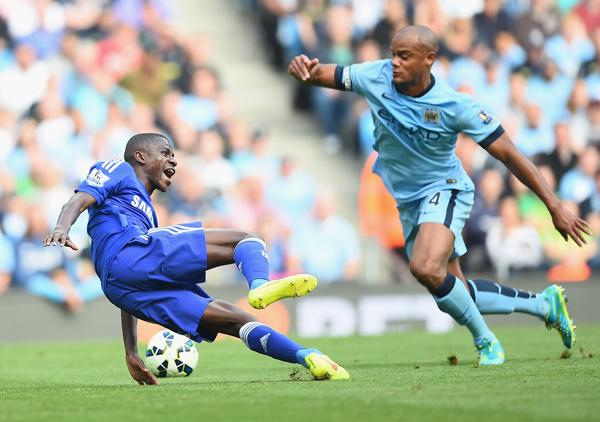 Chelsea have confirmed an injury blow ahead of their Capital One Cup clash against Bolton Wanderers with Ramires ruled out with an abductor muscle problem.

First team coach Steve Holland has been filling in for boss Jose Mourinho today as he held Chelsea’s pre-match press conference ahead of tomorrow night’s League Cup clash with Bolton at Stamford Bridge and he gave the latest team news.

As well as confirming that Mourinho plans to make changes to his starting eleven, Holland confirmed that Ramires is set to miss the game with a minor abductor injury.

Ramires started in midfield against Manchester City at the Etihad Stadium on Sunday afternoon but was forced off in the 63rd minute after picking up a knock, and although the injury isn’t thought to be serious, it looks like he’s failed to recover in time to face the Wanderers tomorrow.

‘Ramires had a problem in his abductor muscle in the game which resulted in him being substituted in the second half.’

‘It is a minor injury but it will keep him out of the game against Bolton and we will review him in the days following that.’

Chelsea are expected to make wholesale changes to the starting eleven and give some of the fringe players a chance to impress, with the likes of Thibaut Courtois, John Terry, Cesc Fabregas, Eden Hazard and Diego Costa all set to be given a well-earned rest.