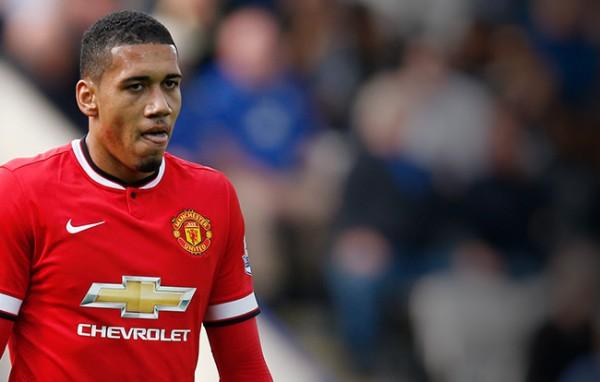 Manchester United’s defensive woes continued on Wednesday with reports claiming that Chris Smalling picked up a thigh injury in training and is now a doubt to face West Ham on Saturday.

Smalling has only just returned from a month on the sidelines with a groin problem, coming off the bench to replace Jonny Evans during last weeks disappointing 5-3 loss to Leicester City at the King Power Stadium.

However, the 24-year-old could now be facing another spell out as the Daily Mail are reporting that the defender hurt his thigh in training yesterday and is now a doubt to face the Hammers at Old Trafford this weekend.

The extent of the injury is unclear and further tests will be carried out at Carrington today but Louis van Gaal will be praying Smalling is passed fit as another injury at centre-back is the last thing he needs right now.

Tyler Blackett is suspended following his sending off last weekend while Jonny Evans and Phil Jones are both already ruled out through injury, so van Gaal had planned to start Smalling alongside Marcos Rojo in the middle of his defence with Luke Shaw coming in at left-back.

Should Smalling be ruled out then it leaves the Dutch boss will a huge problem and he may be forced to play Daley Blind at centre-back or promote another of the clubs young talent.