Chelsea will travel to Portugal take on Sporting Lisbon on Tuesday in round two of the Champions League groups stages. Here is the team we think Jose will pick 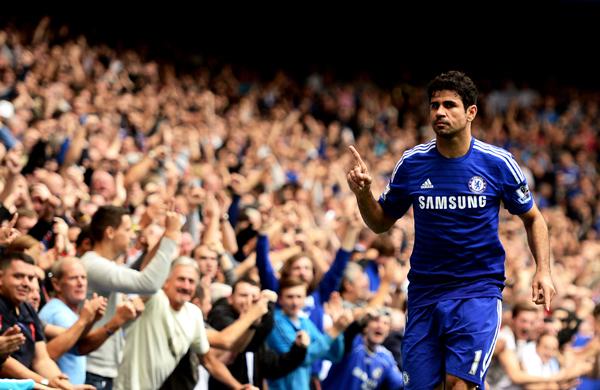 Chelsea will travel to Portugal take on Sporting Lisbon on Tuesday night in round two of the Champions League groups stages. Here is the team we think Jose Mourinho will select:

Defence: The Portuguese coach has a settled back-four and no injury worries so we think he’ll stuck with Ivanovic, Terry, Cahill and Azpilicueta. The only change the Blues boss might consider is bringing Filipe Luis in at left-back but that’s unlikely away from home.

Midfield: Cesc Fabregas has struck up a superb partnership alongside Nemaja Matic in midfield. Mourinho could opt to add a bit more steel away from home and start John Obi Mikel and move Fabregas further forward, but we think he’ll stick with his first choice duo.

Attack: The big question is whether Diego Costa will play. The Spaniard is struggling to overcome a niggling hamstring injury and Mourinho has already admitted he can’t play three games in a row, so with Arsenal up next on Saturday, we think Costa will be given a rest.

This means Loic Remy could start up front with Eden Hazard and Willian keeping their places in attack. Oscar has started the last two games so could get a rest meaning Andre Schurrle is likely to come back in to the side. 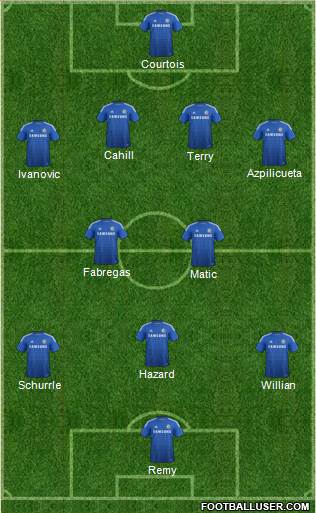