Arsenal have been hit by yet another injury blow with key defender Laurent Koscielny a major doubt to face Galatasaray due to a niggling Achilles problem. 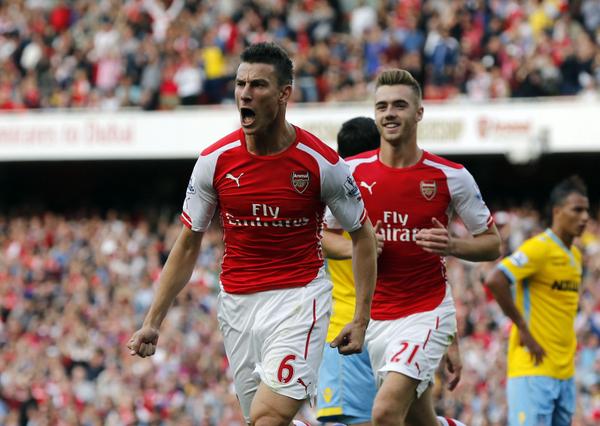 Arsenal have been hit by yet another injury blow with reports today claiming that Laurent Koscielny is a major doubt to face Galatasaray due to a niggling Achilles problem.

Koscielny was outstanding during our 1-1 draw with Tottenham on Saturday but it seems he’s aggravated a long-standing Achilles injury and Goal are now claiming that the 28-year-old is considered a doubt to face the Turkish giants on Wednesday.

The report states that the French international will have a late fitness test to see if he can play, but Arsene Wenger is unlikely to take any chances with arguably his most important defender.

Koscielny has become a rock at the back for us over the past few seasons and it would be a huge blow if he was to aggravate the problem even more by playing on Wednesday and rule himself out for an extended period.

We are already down to the bare bones in defence with Mathieu Debuchy and Nacho Monreal out injured, so if Koscielny is out, the only option Wenger has is to play Calum Chambers alongside Per Mertesacker and start Hector Bellerin at right-back.

We already face an injury crisis in midfield with Jack Wilshere also facing a late test because of an ankle injury, while Mikel Arteta is facing three weeks out with a calf injury that he too picked up against Tottenham.

However, the big news is that Aaron Ramsey is set to miss up to six weeks with a grade two hamstring strain. It was reported earlier today that the Welshman could be out for four weeks, but Goal claim the injury is worse than first feared and he’s not expected back until late November.

Our injury record never ceases to amaze me and it looks like the squad is being stretched to it’s limits at just the wrong time as we head into two crucial games against Galatasaray and Chelsea with a growing injury list that includes Wilshere, Ramsey, Arteta, Koscielny, Walcott, Giroud, Debuchy, Sanogo, Monreal and Gnabry. No squad in the world can cope with that many players out at the same time and expect to compete away at Chelsea…