Tottenham Hotspur will look to get back to winning ways when they take on Southampton at White Hart Lane on Sunday afternoon. Here’s a preview with team news.

Tottenham Hotspur will look to get back to winning ways when they take on Southampton at White Hart Lane on Sunday afternoon.

The Lillywhites are on a four-game winless run with the latest draw coming after conceding a last gasp penalty to Besiktas in the Europa League on Thursday night.

That result followed a hard fought point away at North London rivals Arsenal last weekend, and although Mauricio Pochettino will be pleased with the character shown by his side in recent weeks, he’ll be desperate to head into the international break off the back of a win.

The game sees Pochettino come up against Southampton for the first time since leaving St Mary’s in the summer, with the Argentine helping the Saints to an impressive eighth-placed finish last season before accepting an offer to take up the hot-seat at Spurs.

Pochettino’s former side were tipped to struggle following his exit but Ronald Koeman has worked wonders putting together a new-look side that has started the new campaign in superb fashion, with four straight wins seeing the South Coasters sit just three points off top spot.

The Saints also boast the best defence in Premier League so they’ll no doubt be confident of improving upon their poor record away at Tottenham, that’s seen them pick up just two wins from their last 15 visits.

Tottenham are expected to make wholesale changes from the side that started against Besiktas in the Europa League in midweek.

Christian Eriksen, Emmanuel Adebayor, Younes Kaboul, Danny Rose, Etienne Capoue and Erik Lamel are among those who are expected to be recalled.

Pochettino has no fresh injury worries to contend with so Kyle Walker remains his only major concern with the full-back still nursing a hip injury.

Southampton will be without James Ward-Prowse for at least two months after he needed surgery on a broken foot so he joins long-term injury victim Jay Rodriguez on the sidelines.

Defender Maya Yoshida and striker Sam Gallagher are in contention but may have to make do with places on the bench. 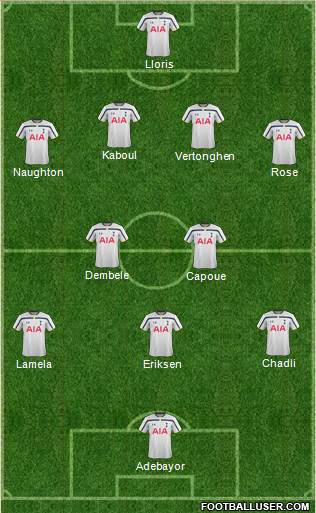 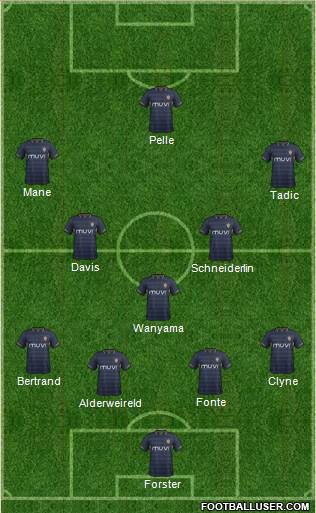 Emmanuel Adebayor: The Togolese hitman has been struggling for goals so far this season so Pochettino will be looking for a performance from his main striker tomorrow. If he’s on form, he will cause the Saints plenty of problems.

Tottenham 1-1 Southampton: Spurs are yet to really hit their stride this season and I can see a confident Southampton side take something away from the Lane tomorrow.