Arsene Wenger and Jose Mourinho were involved in an ugly touchline spat during Chelsea’s 2-0 win over Arsenal this afternoon. Watch the incident and see photos

Arsene Wenger and Jose Mourinho were involved in an ugly touchline spat during Chelsea’s 2-0 win over Arsenal at Stamford Bridge this afternoon.

With the score locked at 0-0, tempers flared after Garry Cahill was booked for a poor tackle on Alexis Sanchez right in front of the two benches, with Wenger pushing his opposite number twice before the third official intervened to separate the two managers.

There is certainly no love-loss between the two but Mourinho had the last laugh as Chelsea went on to win the game 2-0 thanks to goals from Eden Hazard and Diego Costa.

Needless to say, there was no handshake between the pair at the final whistle, with Mourinho heading straight down the tunnel before Wenger had even got out of his seat. 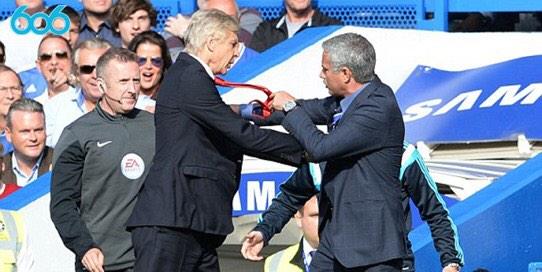 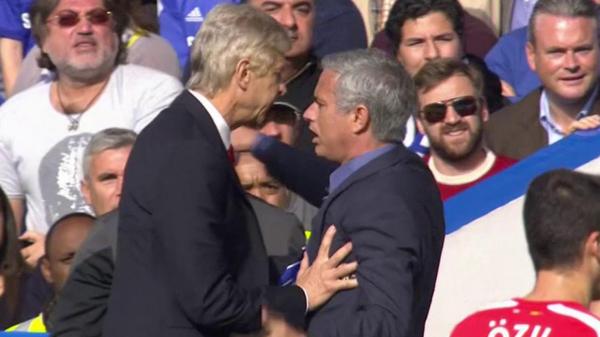 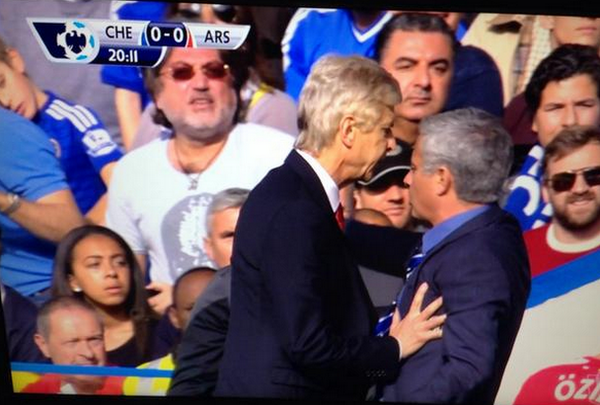