Liverpool are ready to trump Arsenal to the signing of Cheick Tiote with Brendan Rodgers preparing a £15.5m bid for the want-away Newcastle United midfielder

The summer transfer window may be closed but managers are already thinking ahead to future transfer windows so we’ll bring you all the latest news and gossip. Today, Liverpool are linked with Arsenal target Cheick Tiote. 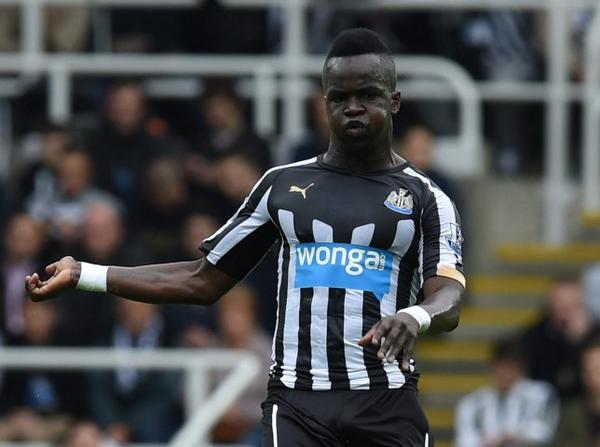 Liverpool are ready to trump Arsenal to the signing of Cheick Tiote with Brendan Rodgers preparing a £15.5m bid for the want-away Newcastle United midfielder, according to reports.

Tiote has been with Newcastle since joining the club back in 2010 and has forged a reputation as a one of the most aggressive and combative defensive midfielders in the Premier League.

The 28-year-old has been linked with a move away from St James’ Park for several years now and he’s once again alerted a whole host of top clubs after admitting last week that he is ready for a new challenge and will assess his options in January.

Tiote also revealed that Arsenal have made contact about a potential switch to the Emirates and reports claim that Arsene Wenger has made the Ivory Coast international his ‘number one target’ and is lining-up a £15m bid as he looks to bring in a dominant midfielder when the transfer window reopens this winter.

‘I want to leave. I’ve spent four years with Newcastle. I think I have reached a stage where it’s maybe time to look elsewhere for a new challenge.

‘I will focus on upcoming games and let’s see what happens between now and December.

‘It is true there were contacts for me from Arsenal and a club in Russia. I’d prefer to stay in England.’

However, it seems the Gunners could now face stiff competition as the Daily Star are reporting that Liverpool have also joined the chase for Tiote’s signature and will look to gazump Arsenal with a £15.5m offer of their own.

Brendan Rodgers has had his share of injury concerns in the middle of the park this season with both Joe Allen and Emre Can struggling for fitness in recent weeks while Lucas Leiva has fallen out-of-favour under Rodgers.

Steven Gerrard has been deployed in a deeper role in front of the defence but at 34, the skipper is coming towards the end of his illustrious career at Anfield so Rodgers may be looking to bring in another option in midfield and Tiote has plenty of experience in English football.

It’s certainly going to be interesting to see what happens in January after Tiote made it clear he’s looking to leave Newcastle and it appears both Arsenal and Liverpool are going to offer him a fresh challenge.

It remains to be seen whether offers in the region of £15m will be enough to tempt Newcastle into a sale, but with the player clearly unsettled, the Geordies may find it difficult to resist if the top clubs come calling in January.