Premier League rivals Liverpool and Manchester United are in the race to land highly-rated Dutch midfielder Daley Sinkgraven, according to reports.

The summer transfer window may be closed but managers are already thinking ahead to future transfer windows so we’ll bring you all the latest news and gossip. Today, Liverpool and Man Utd are linked with Daley Sinkgraven. 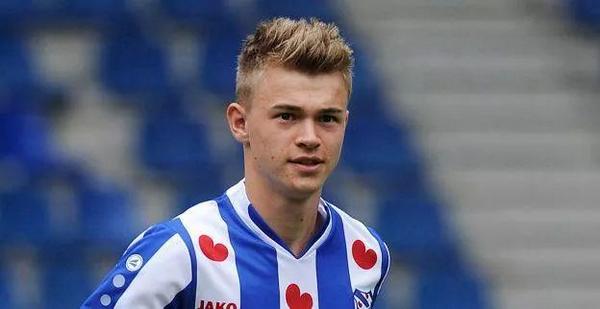 Premier League rivals Liverpool and Manchester United are in the race to land highly-rated Dutch midfielder Daley Sinkgraven, according to reports.

Sinkgraven has emerged as one of the hottest properties in Holland having come through the youth ranks to break into the first team set-up at Heerenveen over the past 18 months.

The 19-year-old made 17 appearances during the 2013/14 season and is now considered as a first team regular with the youngster starting in every game this season, scoring two goals in his nine league and cup games so far.

His impressive form has attracted interest from a whole host of top European clubs with the likes of Bayern Munich, Ajax, Real Madrid and Barcelona are reportedly keeping an eye on his progress this season.

However, it looks like Sinkgrave could have the options of heading to England with the Mirror claiming that Liverpool and Manchester United have now also joined the race for the £4m-rated midfielders signature.

The newspaper suggests that Heerenveen know they won’t be able to hang on to the youngster over the long-term but they are determined to keep hold of him until the end of the season to help with their push for European qualification.

That would rule out a January move but the likes of Liverpool and United are expected to come calling next summer with both Louis van Gaal and Brendan Rodgers seemingly keen to add the talented Dutch under-21 ace to their ranks.

Sinkgrave is an attacking central midfielder who is also capable of playing out on the wing and with three years left on his current contract, Heerenveen are under no immediate pressure to cash-in on one of their best up-and-coming talents.

However, after his impressive displays in the Eredivisie it’s understandable that several top clubs are showing an interest and they will find it difficult if the likes of Van Gaal and Rodgers come in with serious offers next summer.

Whether they will be able to lure the player to the Premier League ahead of the other interested parties remains to be seen though.