Arsenal have been hit by a fresh injury scare with key defender Laurent Koscielny being sent home by France due to an on-going Achilles problem. 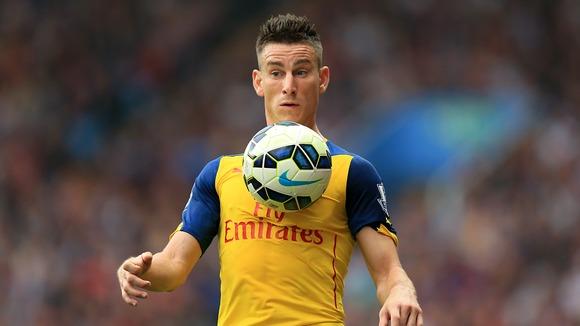 Arsenal have been hit by a fresh injury scare with Laurent Koscielny being sent home by France due to an on-going Achilles problem.

Koscielny has been hampered by the issue for some time and it forced him to sit out our clash away at Everton back in August.

Arsene Wenger has always said he’d be cautious with the defender and it seems he’s rubbed off on the France national team as they’ve sent the 29-year-old back to North London after he felt discomfort in his Achilles.

The French claim they have released Kos as a precautionary measure after deciding not to risk him for their upcoming friendly with Portugal and Armenia.

At the time of writing, Arsenal have yet to make any official statement regarding the injury but the Daily Mail claim the club don’t see it as a major problem and hope he’ll be fit to face Hull City next weekend.

Hopefully that turns out to be the case as another injury is the last thing Arsene Wenger needs after Mesut Ozil joined our ever-growing list of players in the treatment room when he was ruled out for up to three months with a knee injury on Wednesday.

The boss will no doubt be praying that Koscielny doesn’t join Ozil on the sidelines as we are already short of options in the center of defence with Calum Chambers suspended against Hull after picking up his fifth booking of the season against Chelsea, while Mathieu Debuchy won’t return from his ankle injury until the New Year.