Raheem Sterling is ‘open’ to the idea of leaving Liverpool as Chelsea prepare to make a shock £48m bid for the exciting attacker, according to reports today.

The summer transfer window may be closed but managers are already thinking ahead to future transfer windows so we’ll bring you all the latest news and gossip. Today, Chelsea are linked with a shock move for Liverpool’s Raheem Sterling. 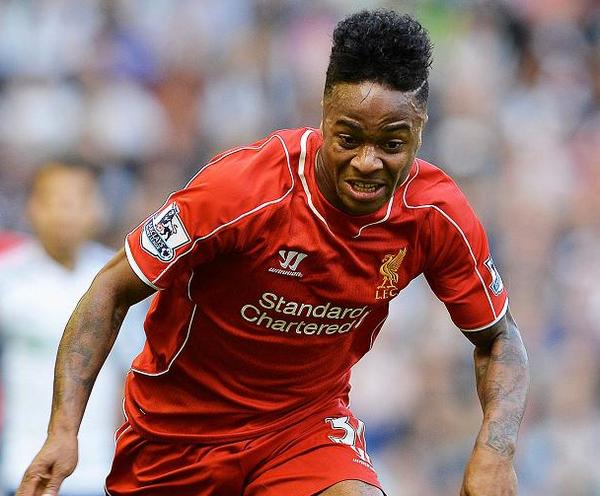 Raheem Sterling is ‘open’ to the idea of leaving Liverpool as Chelsea prepare to make a shock £48m bid for the exciting attacker, according to reports today.

Sterling’s future has come under intense scrutiny in recent weeks as talks over a new deal continue to stall with reports suggesting that the two parties are still far apart in their negotiations, despite Liverpool apparently offering a five-year deal worth £100,000-a-week, with Sterling’s representative’s seemingly holding out for the best deal possible.

The uncertainty has seen the 19-year-old linked with a whole host of top European clubs with the likes of Real Madrid and Paris Saint-Germain believed to be keeping a close eye on his situation.

However, it seems Liverpool could now face interest from England with the Express reporting that Chelsea are preparing an audacious £48m offer with Jose Mourinho keen to bring in more young English talent to Stamford Bridge next summer.

It remains to be seen how such a bid would be received at Anfield but the newspaper suggests that Sterling is ‘open’ to a move away from Liverpool in the near future, so a shock move could be on the cards if a contract extension isn’t agreed over the coming months.

However, Sterling has emerged as one of Liverpool’s key players over the past 18 months so I’m sure they will be desperate to keep hold of him and it would take a special offer for the Merseysiders to consider selling to a domestic rival.

Brendan Rodgers also recently expressed his confidence that the youngster will sign a new deal at the club and insisted that he has no desire to leave any time soon, telling reporters:

“It’s not a big issue for us. Ian Ayre has spoken with his representatives and he is quite relaxed. The club is dealing with the agent so everything is calm.

“The boy is remarkably happy here and there are no secondary thoughts about anything else other than continuing to play for Liverpool.

“Also, to continue with his development because he still has a lot of growth and for that the best place for him to be is here. His representatives respect that and the club respects that. So that will get sorted out in time.”

I think this is most likely Sterling’s agent using dirty tactics and leaking things to the press to try and get a better deal for his client, so Liverpool fans shouldn’t be getting too worried just yet.

The attacker still has almost three years left on his current contract so Liverpool are under no immediate pressure to sell and I think we’ll end up seeing him sign a new deal and commit his future to Anfield over the coming months.