Theo Walcott confirmed he’s ‘feeling good’ after returning to full training on Monday following over nine months on the sidelines with a knee injury. 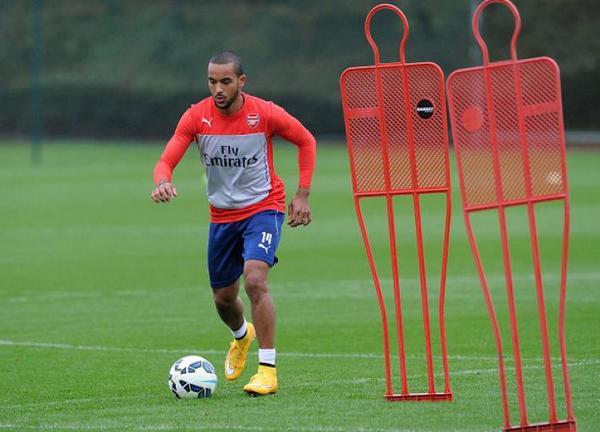 Arsenal confirmed some excellent news earlier today with Theo Walcott returning to full training after over nine months on the sidelines.

The 25-year-old has been out after rupturing his cruciate ligament during an FA Cup clash with Tottenham back in early January.

After a long rehabilitation program the end is in sight as Theo returned to full training along with Serge Gnabry on Monday morning.

Arsenal released some images from the training session – which was low on numbers as the majority of the first team is away on international duty – many of which can be seen below.

Walcott then took to Twitter this evening to express his delight at getting back on the training pitch and said he’s ‘feeling good’ after his first session in over nine months.

Walcott’s return is a huge boost for Arsene Wenger, especially after Mesut Ozil was ruled out with a knee injury, but it’s still going to take some time for the attacker to get back up to full speed and I wouldn’t expect he’ll play any part against Hull this weekend.

Here are some more photos from today’s session: 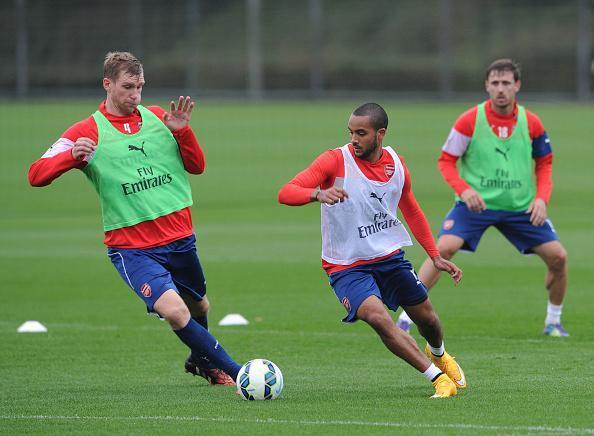 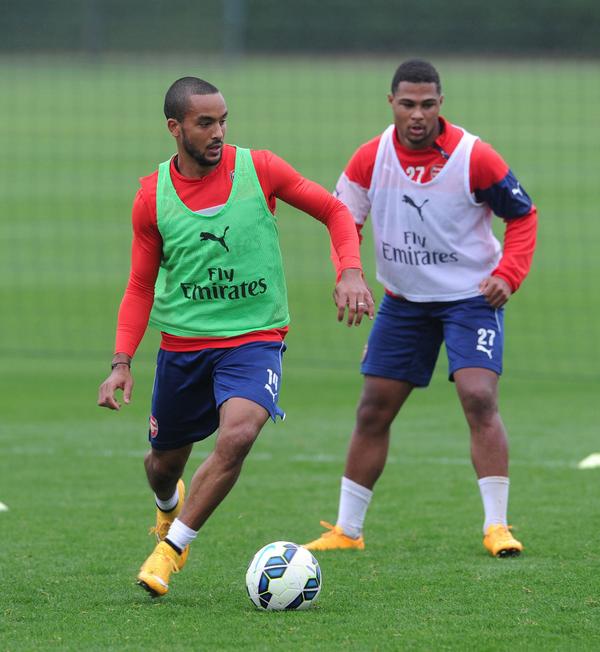