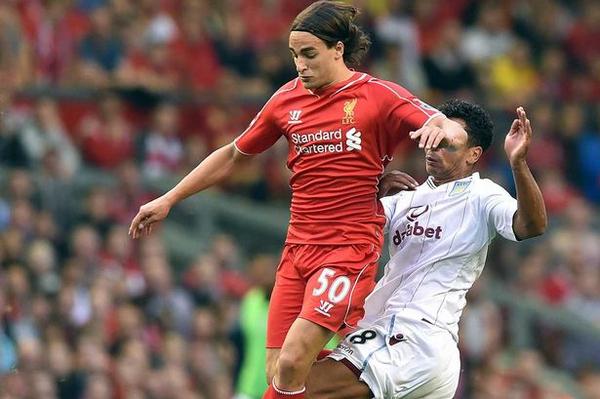 Liverpool have been handed a major injury boost with Lazar Markovic confirming his injury is not as bad as first thought and he’s in contention to face Albania this evening.

Markovic was forced off after just 25 minutes during Serbia’s Euro 2016 qualifier against Armenia on Saturday after picking up a suspected muscle tear.

The 20-year-old was expected to be released by his country and head back to Merseyside to be assessed by Liverpool’s medical team with reports suggesting he was facing up to a month on the sidelines.

However, news broke in his homeland yesterday that Markovic had taken part in training on Monday and now the attacker has confirmed on his official Facebook page that the injury isn’t as bad as first feared and he’s available to face Albania tonight.

“I’m ready for match tomorrow! Injury is not as bad as it seemed at first sight”

It remains to be seen whether manager Dick Advocaat will opt to start Markovic or leave him on the bench but the news that the injury isn’t serious will come as a welcome boost to Liverpool manager Brendan Rodgers.

The Northern Irishman has already seen defender Dejan Lovren pick up an abdominal injury during the international break that will keep him out of this weekend’s game against Queens Park Rangers, so another injury would have been the last thing he wanted to deal with.

But it looks like Markovic is going to be fit and available for the trip to Loftus Road unless he aggravates his muscle problem this evening, so Rodgers is likely to be watching on anxiously waiting to hear that his player came through the match unscathed.